A positive mindset about achieving something new is vital as we age.

Once you get to your 50s and beyond, you can convince yourself of a lot of things and few people will argue with you. Because they figure — well — you have a right to feel that way by now. That includes feeling conflicted over taking up a new hobby, a new sport, a new job or even trying to muster up interest in something you once loved to do. 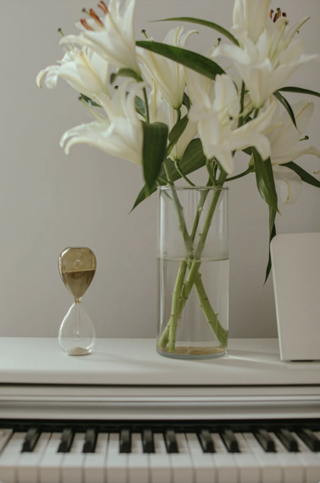 Sixty and Me’s Susan Tereba admits that she has always been a passionate person. “When I’m interested in something, I go for it, and I’ve been blessed with abundant energy.” But recently she sensed her mojo lacking. “Sometimes, after a good night’s sleep, I’m tired,” she says. “I wondered about this at first. Is it just aging? Do I get enough sleep? Is my diet affecting my energy? Is it a health issue?”

Then she took a trip to the Far East, where a Thai friend of hers took her to a temple that was special to his father. Suddenly, her art became inspired and reignited by what she saw there. She drew ideas on scraps of paper in coffee shops, bought unusual elements to put in her jewelry and began dreaming of creative ideas during the night. No lack of energy was keeping her from pursuing something new and she decided that it all boils down to three things: change, inspiring people, and play.

Turning 70 in a few months, I have recently been taking inventory of not only where I am, but how I want to spend the next decade. Squirreled behind my computer nearly half of the day for the past 10 years, I somehow knew something was missing. So last year, when my entrepreneurial daughter launched a new online course teaching founders how to jump-start their businesses, I was right there, offering to help her with proofing, edits, and suggestions for her course materials. She was delighted. I felt useful. A magical combo. In time, I was to become the “word mom” for her students, holding online workshops to help them with their business branding and copywriting tasks. Just offering them formulas to pitch products and talk about their companies has resulted in some heartwarming results. Suddenly all the knowledge that had been pent up inside me was helping others.

Recently, I watched a documentary/memoir about Amy Tan, the best-selling author of The Joy Luck Club and many other popular novels. She spoke of how she loved to draw as a child, but that one of her teachers quashed that dream, saying she lacked creativity. Another passion she had as a child — playing the piano — was also set aside after she face-planted during a recital. At one point, however, she became aware of how taking up the things she wanted to do as a child could still be developed in her older adult years. And by the end of the program, she was shown playing classical music beautifully on the piano and skillfully illustrating wildlife. While writing is what fuels her, art and music are now close seconds.

Past 50, a Shift in Mindset Can Make All the Difference

Psychology Today’s Christopher Bergland explains how determination and grit play a huge role in finding your passion during middle age and beyond. He talks about how new research from Norway suggests that people tend to become less passionate or less willing to persevere towards achieving inspirational goals shortly after passing the 50-year mark. He says the research reveals that around age 54, a mindset shift often occurs that makes older adults, in general, more cynical about the odds of doing something new being worth the effort in terms of mastering or maintaining extraordinary skills in a particular area. That means maintaining a positive mindset about one’s ability to achieve goals is especially important after age 53.

Case in point. I am married to a man who retired and took up golf a few years ago. He would come home laughing about how badly he played, but none of it ever seemed to dampen his desire to go out again, even when it meant looking foolish in front of other, more seasoned players. “How did you do?” I would ask when he returned home after a morning round. And once every 5 to 10 outings he would report a putt, a pitch or a drive off the tee that offered the promise of better things to come. I admired his ability to not take himself too seriously, but golf, I told him, would never be something that interested me. Then we began doing regular strength training workouts with a female trainer who is an avid golfer. Now I was surrounded by golf talk — the frustrations, the learning curves, and the vocabulary that seemed second nature to them. I envied they had it in common, but still — golf? Not for me.

Last month, we took a trip we had put off due to the pandemic and found ourselves on a part of the California coast that boasts some of the most beautiful golf courses in the world. I had never walked around one before, only having seen them on TV or in passing. As we took an outdoor table at the elegant patio restaurant overlooking the 18th hole on Pebble Beach, we drank a buttery Chardonnay and ate exquisite calamari, marveling at the beauty of the moment. Then a figurative bolt of lightning hit me as my eyes took in the majestic greens below me. The calmness of the course. The delicate sunlight bending through the trees. The golfers painstakingly trying to usher a tiny ball into a hole. Suddenly I knew I had been missing out. I wanted to be in that scene. Perhaps I would never play Pebble Beach, but I had to see if golf was something I could do.

Suffice it to say I now own a set of clubs, take lessons, play regularly and even dream about golf. Perennially averse to early mornings in general, I now get up at ungodly hours to purposely beat the heat of a Sacramento summer on a golf course. And yes — even though I can still miss the ball entirely, take horrible pot shots with it, and pick it up as often as I hit it, I am beginning to see my golf swing find me. I can honestly say that I have not approached anything over the past 20 years with as much gusto as I have this new very flawed endeavor. I even found myself glued to the TV set for half the day for the final round of the PGA Championship, watching the 50-year-old “old guy” win the title. My husband turned to me and admitted he never thought we would be watching golf on TV together and he was thrilled that I had finally used the gift card he had given me two years earlier with hope in his heart that I would take a golf lesson.

As Ann Landers once said, “At age 20, we worry about what others think of us. At age 40, we don’t care what they think of us. At age 60, we discover they haven’t been thinking of us at all.” So why not head to the art store and buy that sketch book? Or sit down at the piano and take out your fourth-grade piano book to see what you can remember playing? And if all else fails, try something new. Pick up a golf club. Then watch yourself as you hit a ball into the trees where you may never find it again but laugh your head off trying.

Tags: 50 years, Dena Kouremetis, Life after 50, mindeset, You can do this