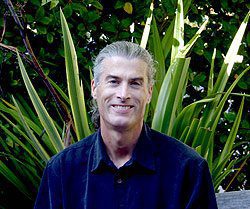 Hitting, fighting, chasing, shooting, killing—these are not only common themes in the news each day, they are also recurrent features of our dreams at night. Few studies have focused specifically on aggression in dreaming, even though Sigmund Freud, the founder of psychoanalysis, claimed that “the inclination to aggression is an original, self-subsisting instinctual disposition in man” (Civilization and its Discontents, 1930). A combination of old and new methods of research can shed light on how this primal instinct plays out in our dreams.

Who Has Aggressive Dreams?

The Hall and Van de Castle system (1966) of dream content analysis has codes for three kinds of social interactions: friendly, sexual, and aggressive. Research using the HVDC system has suggested a few basic patterns in the frequency of aggression in dreams:

Hundreds of studies have used the HVDC method over the past several decades, and their findings support the basic idea that aggression is an innate feature of human dreaming.

Why Do We Have Aggressive Dreams?

An additional perspective comes from using word search technologies to identify significant patterns of meaning in dream content. The Sleep and Dream Database (SDDb) has a template with a category for physical aggression, and a large collection of dreams to study for a specific theme like this.

The SDDb Baseline dreams are a good place to start—a set of 5,321 dreams (3,227 females, 2,094 males) that represent a composite portrait of dreaming in general (the reports were given in response to a question about “your most recent dream”). Although limited in many ways, the Baseline dreams offer an empirical basis for making comparisons across different sets of dreams. This can help in identifying trends and patterns that would be difficult to see otherwise.

There is clear evidence that experiences with physical aggression in waking life can increase the frequency of its appearance in dreaming. The best examples are “Mike,” who served as a medic during the Vietnam War and whose collection of dreams includes a very high proportion of physical aggression (76.3%, in 97 reports). In the four sets of dreams from “Beverley” from 1986, 1996, 2006, and 2016, the first set has much more physical aggression (11.9%, in 253 reports) than in the other three (5.7%, in 687 reports), which accurately reflected her involvement in that earlier time period with a violent religious cult.

Aggression appears to be a normal feature of human dream content, across different cultures.

Men seem to have more physical aggression in their dreams, although some women have high levels, too.

Dreams of physical aggression can accurately reflect actual aggressions in waking life, so an unusually high level of dream aggression, or a sudden change in dreams to a higher level of aggression, might be a therapeutically valuable sign.

Aggression in dreaming can be viewed as an internal form of play-fighting—the most common form of play in the animal kingdom, and very frequent among humans, too. Play-fighting functions as a way of preparing for future challenges, and also for diminishing and defusing emotional tensions that can lead to actual violence. The same psychological dynamics of play-fighting seem to be operative in dreaming, too.