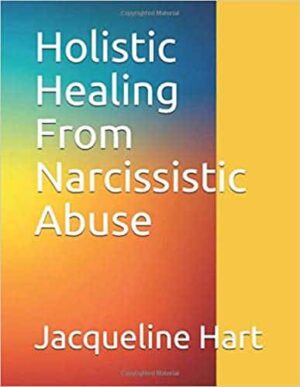 This is a full reprint by permission.

Jacqueline Hart Gibson, Peak to Peak. In last month’s column, the various paths towards healing from narcissistic abuse were described. Because many suffering from narcissistic abuse are surprised when they learn this is the case, here we will discuss what this specific type of abuse generally looks like. Not every abuser is a man beating his wife for making peas instead of carrots for dinner, like stereotypes have taught us. This type of abuser exists, but there are abusers who rarely or never resort to physical violence.

Abusers with Narcissistic Personality Disorder, NPD, can be romantic partners, bosses, co-workers, teachers, etc. NPD’s are sometimes perceived as pillars in their communities. They are able to hide in plain sight, so it’s important we understand the tools NPD’s use to exploit others, so we can avoid getting caught in their storms before abuse occurs. The definitions that follow were taken from the book Holistic Healing from Narcissistic Abuse, by Jacqueline Hart.

The Silent Treatment. This is punishing the subject of abuse by ignoring or emotionally abandoning them. This tactic is generally used when the NPD has been accused of something they have done and they are attempting to deflect. They may also use the silent treatment when they think they are losing control of their subject, or source of narcissistic supply, simply to regain control. Narcissistic supply is the emotional energy and personal power that targets of abuse, or sources, give to the narcissist.

Rage. A narcissist’s rage is usually sudden and/or shocking. The purpose is to surprise the target into compliance. Unlike authentic expressions of anger, an NPD’s uses rage to control the behavior of the subject of abuse. The rage is perceived as a threat and the target retreats into survival responses like; fight, flight or freeze. This is not weakness. It’s instinct and the natural response to a survival threat. If the target attempts to fight back, the abuser claims they were the instigator of the fight. If they run away, they are bullied or shamed later for overreacting or behaving selfishly. If the target freezes, they are ridiculed for weakness or mental instability. Over time, with no winning move in the face of the abuser’s rage, the target will likely start to feel; lowered self esteem, powerless, and/or hopeless.

Gaslighting. Gaslighting is used to invalidate the target’s perceptions, feelings, memories, and sanity, through psychological manipulation. Gaslighting may sound like, “What you are looking at is not what you are seeing, what you remember never happened, or what you feel doesn’t matter. An NPD will chip away at a target’s faith in themselves in small and large ways, from moving the subject’s belongings from where they put them regularly, to insisting the target has a disorder that the NPD is struggling to deal with them having, like; depression, bi-polar or even narcissistic personality disorder. Gaslighting takes away the power of the target and gives it to the abuser.

Smear Campaign. A narcissist will use your secrets, exaggerate truths or make up lies and share them with friends, family, co-workers or community members, to  attack the integrity and character of a target. The smear campaign usually begins before the target is aware of the narcissist abuse, they may even believe this person is still a close friend, family member or partner. The smear campaign starts early to deflect any accusations of abuse if the target reveals what they are going through. This serves to protect the narcissist’s reputation, but also to convince the target the abuse they are reporting didn’t happen, because no one believes them. Smearing allows the abuser to use others in their target’s life to perpetuate abuse and to keep the target engaged in the abusive relationship.

Projection. A narcissistic abuser will often accuse the subject of abuse of the narcissist’s  behaviors, thoughts and actions. This might look like; accusing the partner of cheating when they are unfaithful, reporting to a supervisor or other authority that the target is guilty of under par work or abusing employees, or accusing the other parent of abusing the child/ren in the exact or similar manner the narcissist is abusing them in. The resulting confusion creates a cloud of chaos that allows the narcissist to continue to get away with the abusive behavior.

Next month we will explore how divorcing a narcissist can be a worse ordeal than being married to them was. (But  the freedom afterwards is worth it)!

Or order Holistic Healing from Narcissistic Abuse at:

(Originally published in the December 5, 2019, print edition of The Mountain-Ear.)

1 thought on “For Your Health: The Narcissist’s Toolbox”