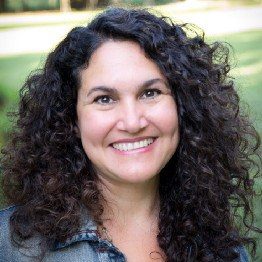 Learn to recognize the textbook patterns of narcissists, Spot Master Manipulators, sociopaths, and psychopaths to protect yourself and those you love from being abused

Master manipulators act in patterned and predictable steps. Through their twisted lens, the world is their chessboard and people are pawns to be used and abused.

If we know what to watch for, we’ll be far less likely to be played by these cons, whether as individuals or as a society. So let’s walk through the typical strategies in a narcissistic playbook.

First, master manipulators set their focus on a target. This target may be a person, group, system, or nation that they’ll try to exploit for purposes of self-gain or simply to feel a surge of power and control.

These manipulators fail to understand that true strength is choosing love and kindness, and because they lack any sense of empathy or compassion for other people, they actually view kindhearted and honest souls as weak and pathetic. They often refer to their targets as “Losers” because they believe they’re “Winning” at some kind of game.

Unable to form healthy relational attachments, these psychologically damaged individuals rely on manipulative maneuvers when interacting with other people. They often start by luring a target during a grooming period. This phase may or may not include love bombing, but ultimately this is the stage in which a healthy-minded person believes they’re entering into a genuine, trusting, safe relationship (whether platonic, professional, or intimate).

In this stage of their game, the abusers convince a target that they’re trustworthy and on their side in the world — more than anyone else. Then, they establish solid trauma bonds as they gaslight and brainwash a target through a progressive slide of abuse and alienation.

This pattern is common for sexual predators, trafficking rings, and domestic abusers (whether physical, sexual, spiritual, financial, or psychological). But these same textbook maneuvers are used by con-artists of all types, building the trust of a target while gaining access to their bank accounts, bodies, minds, and spirits. They set their mark and then systematically devour a soul one small compromise at a time.

They set their mark and then systematically devour a soul one small compromise at a time.

While that slow progression is quite common (and well documented by those who study sociopathic/psychopathic behavior), manipulators may also lash out with an impulsive blast against someone who dares to question, challenge, or discern the abuser’s true character (especially if it’s done in public to tap into the abuser’s core of shame). This is typically known as “narcissistic rage” and it’s the kind of rant we’ve witnessed recently when R. Kelly exploded during an interview with Gayle King.

In that moment of rage, manipulators feel ALL POWERFUL, especially if their target becomes emotional, silenced, or afraid. And that’s a drug these abusers learn to crave.

Another reason manipulators attack a target is when they aim bitterly at anyone who threatens the abuser’s frail ego simply by existing in the world as a stronger, smarter, kinder, happier, or more successful person/group/system. This is the age-old story of jealousy taken to an extreme. As Taylor Swift sings, “People throw rocks at things that shine.”

In this last situation, imagine emotionally fragile children who haven’t yet developed a sense of security in the world. Unlike more secure children who are willing to share, these less-secure children would rather destroy a toy then let someone else enjoy it. If their envy becomes pathological, they’ll even aim to destroy the happy child (whether over a toy, attention, approval, or just soul-deep jealousy of the one who is happier.)

Now picture this happening on an adult level. This may involve a competitive co-worker who sabotages someone’s career, a jealous ex who stalks the new lover, a narcissistic partner who sets out to destroy someone’s entire life, or a psychopathic serial killer who preys upon the innocent simply for the thrill of taking total power over someone who has what the killer wants — innocence, love, happiness, friendships, trust.

Beware the Smear Campaign and the False Reality

Once the manipulators choose a target, they will intentionally erode the target’s reputation by labeling that target as unsafe, crazy, wacko, psycho, sick, unfit, a liar, a thief, a cheater, a criminal… anything to make people doubt the innocence/competence/stability/sanity of that target. They may even replace the target’s name with a nickname based on this false persona and repeat that accusation constantly until bystanders begin to associate the target accordingly.

Abusers do this by finding one small mistake or flaw, exploiting that weakness, and eroding the credibility of the person or system by exaggerating and obsessively focusing on that one weak point. If manipulators can convince enablers to doubt the truth for even a second… they can reframe reality and convince them to believe wildly distorted claims or “alternative facts.”

If manipulators can convince enablers to doubt the truth for even a second… they can reframe reality and convince them to believe wildly distorted claims or “alternative facts.”

Taking this as far as they can go, manipulators will push this “spin” by launching an all-out smear campaign, causing some people (enablers) to doubt or distance themselves from the innocent scapegoat. This is what forms a “system of abuse.”

Consider recent situations involving Harvey Weinstein, Jeffrey Epstein, and Larry Nassar. None of those predators could have gotten away with their horrifically violent abuses without an entire system of enablers surrounding them.

Many manipulators take it even farther, brainwashing other bystanders to join in on the abuse. These co-abusers are called “flying monkeys” as a tie to The Wizard of Oz in which the Wicked Witch of the West holds court in her castle while sending her troops out to do the dirty work. With enough flying monkeys, some manipulators choose to step back and keep their hands clean while pulling the puppet strings of the people around them.

As an example, take a look at American History X, a 1998 American crime drama written by David McKenna. In that film, the leader of a white supremacist group sits up in his seedy office and fuels a circle of manipulative minds. He labels innocent people as the enemy and then sets his flying monkeys loose to attack. Is he committing violent acts? No. But is he a puppet master pulling the strings without any regard for how those actions will impact the young extremists in his clutch (much less their targets)? Absolutely.

Another juvenile behavior manipulators may revert to is backstabbing to triangulate their targets. In this case, they pit two targets against one another just to watch them devour each other.

Consider The Girl on the Train, the bestselling novel by Paula Hawkins. In this story, the manipulative husband plays his ex-wife against his current wife (and then, just for kicks, adds in a new partner). His goal is to scapegoat his ex. But, he’s already starting in on his current wife as his new target. He’s so good as his game, he convinces everyone his ex is not only insane but a murderer… he even convinces her of that false reality.

And that’s the real danger of these manipulators. They aim to make their target lose complete grip of the truth.

And that’s the real danger of these manipulators. They aim to make their target lose complete grip of the truth.

Triangulation may involve two people, two families, two companies, two rivals, or two groups of people (races, religions, classes, tribes, nations). A cheating husband may bring his lover to a dinner hosted by his wife. A manipulative ex may triangulate the kids as weapons against their innocent parent. A corporate executive may pit two competitors against each other to weaken them before pouncing with a buyout. A tyrant may fuel hate between two factions, encouraging them to tear each other to bits so they’re too distracted to notice the destructive things he’s doing right in front of them all. By trying to divide and then conquer, these abusers play a sick game from the start.

By trying to divide and then conquer, these abusers play a sick game from the start.

Peek Behind the Curtain

When the target starts to question the truth, manipulators will project their own unhealthy behaviors onto the target and convince enablers that the innocent scapegoat is the one guilty of the very crimes they’re committing. The abusers will also play the victim, gathering empathy from those who can’t see behind their masks.

For example, if a husband is having an affair, he’ll accuse the wife of cheating. If a con is stealing from the company, she’ll accuse an innocent coworker of stealing.

If we really want to know the sins of master manipulators, listen to what they accuse others of doing and we’ll know exactly what they’re up to.

If we really want to know the sins of master manipulators, listen to what they accuse others of doing and we’ll know exactly what they’re up to.

Once we understand clearly how this twisted con game works, it’s very easy to identify the “players” of the world.

So how do we maintain our own power? By choosing not to become an abuser, an enabler, or a flying monkey. And while we can’t always avoid becoming a target (no one is immune), we don’t have to lower ourselves to their standards when we do find ourselves in that terrible position.

Consider The Truman Show, a 1998 American comedy-drama directed by Peter Weir and written by Andrew Niccol. In this story, Truman was groomed from birth to believe in a false reality. While he thought his life was real, he was actually being played, terribly, by everyone he loved and trusted. None of the abuse could have happened if the producer of the reality show that exploited him hadn’t been supported by an entire cast of enablers.

As Truman started to question the truth, the producer upped his abuse. Once he could no longer manipulate Truman completely, he set out to destroy the innocent target, and the entire system rallied behind him because it benefitted them to keep Truman in the show.

This story serves as a strong example of how difficult it is to realize we’re being manipulated, break free of the lies, reclaim the truth, and fight our way to freedom, especially when an entire system is trying to convince us we’re the one who is wrong and the manipulator is right. It takes tremendous strength, clarity, resilience, and spiritual discernment to stay true to ourselves in that kind of storm.

The key is to keep our heart open, our mind clear, our feet steady, and our soul anchored to a greater, more powerful, more sacred source of positive energy so we can discern the truth without being blown to bits by the dark, negative vortex of destruction.

Julie Cantrell is a multi-award winning, New York Times and USA Today bestselling author, TEDx speaker, and advocate for survivors of domestic violence. Learn more about her work and subscribe a free monthly dose of joy and positivity: www.juliecantrell.com 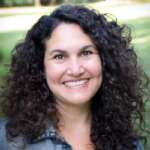