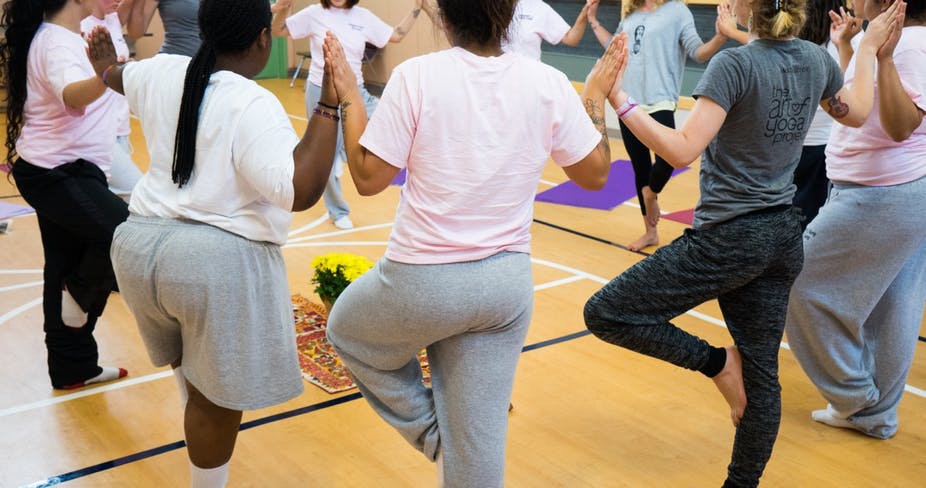 How Yoga is Helping Girls Heal from Trauma?

Rocsana Enriquez started thinking about yoga again when she was pregnant. She was 19 and in an abusive relationship.

When she was younger, Rocsana, whom I interviewed as part of my research, had taken part in a yoga program in a San Francisco Bay Area juvenile hall run by The Art of Yoga Project. She began using the skills she learned on the mat to slow herself down when she got angry and to pause before reacting. She remembered the breathing techniques and poses that made her feel better about herself.

Now, seeking the same quietness she had been able to achieve in class back in juvenile hall, she reached out to the program, never expecting to hear back.

Childhood trauma has a devastating impact on both the mind and the body of children who experience it. But that mind-body connection also offers a path toward healing. A growing body of research demonstrates the effectiveness of addressing the mental and physical impact of trauma through yoga and other somatic, or body-based, programs.

The Georgetown Law Center on Poverty and Inequality, of which I am executive director, released a first-of-its-kind report in April that synthesizes existing research, interviews with experts across the country and two original pilot studies focused on at-risk girls.

Our conclusion: yoga and mindfulness programs can equip girls like Rocsana – especially those in the juvenile justice system – with tools that help them thrive.

Research shows that Rocsana is not alone in experiencing abuse as a young person. Children in the United States experience trauma at breathtakingly high rates. In the seminal Adverse Childhood Experiences survey of more than 17,000 participants, 21 percent reported experiencing sexual abuse as children; 26 percent reported physical abuse; and 14.8 percent reported emotional neglect. Youth in the juvenile justice system are the most vulnerable, reporting higher rates of trauma than their peers. These experiences take a long-term toll not only on their mental health, but their physical health as well. These children are more likely than others to experience depression and substance abuse as adults – and they exhibit higher rates of heart disease, cancer and liver disease.

Studies reveal that yoga programs designed specifically for victims of trauma – programs that include regulated breathing, controlled movement and mindfulness practices – can have far-ranging benefits for any participant. Improvements have been shown in mental health (self-regulation, self-esteem) and physical health (better sleep, a reduction in gastric symptoms and many other positive outcomes).

As our report makes clear, these programs’ potential to help at-risk adolescent girls is only beginning to be realized. The next step is to design curricula that specifically address girls’ unique experiences and perspectives.

For example, yoga and mindfulness programs should emphasize relationship-building, to reflect the value that girls often place on interpersonal connections. Somatic therapy should also account for the fact that girls experience much higher rates of sexual abuse than boys. According to a recent study by The National Crittenton Foundation, the differential between girls’ and boys’ reported rates of sexual abuse is 32 percent – a discrepancy seen in other studies as well.

In addition, a disproportionate number of girls in the justice system are girls of color; and many girls are LGBT and have been targeted for violence because of their identity. These layers of identity profoundly shape their experiences of trauma and the world’s response to them. To be truly effective, yoga and mindfulness programs must respond, thoughtfully, to these unique factors.

If they do, the physical and mental benefits of yoga can reach – and help – a much wider range of girls who are greatly in need. And that need is profound: In the justice system, girls are often underserved, with inadequate access to mental health services.

From student to teacher

The Art of Yoga Project did call Rocsana back. Not only that: She has now made the transition from student to teacher, employed by the program that she credits with changing her life and helping her become the kind of parent and role model she wants to be.

Rocsana told me that if people can learn the skills of regulated breathing, physical engagement and mindfulness, it can help break the cycle of trauma. Our research supports her belief. 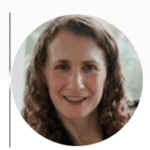