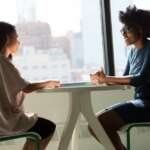 Let’s face it, saying no with tactful thoughtfulness is rife with paradox. No matter how you slice or dice it no one likes to have their desires rebuffed. Nevertheless, the blow can be softened. The old adage, ‘it’s not what you say, but how you say it’ can indeed go a long way.

Prefacing a no with a cordial qualifier is a fairly standard way of mitigating harsh reprisal.

“I appreciate you’re request, but unfortunately I’m unable to comply.”

There are millions of variations to deliver a ‘no’ that cushions the receiver’s reaction. However nothing is foolproof and diplomacy is not always warranted. To further complicate matters, for many just the thought of uttering dissent is fraught with difficulties. In fact, I personally grappled with this impediment.

The developmental task of asserting ‘no’ was not part of my childhood. Survival meant subordinating myself to the oppressive needs of others. Shackled to annihilating demands, I was to abdicate my essential needs so as to defer to the requirements of toxic family members.

Given mom’s schizophrenia and dad’s malignant narcissism, my older sister was my surrogate mother. It was understood I was not to defy, question or challenge her. To do so would ignite a tag team of father-daughter character assassination. Mother, on the other hand would feign psychotic reverie as a form of veiled punishment should I dare assert a limit.

Ultimately I had to sever ties from family to release myself from being subjected to relentless exploitation and hate. Unfortunately I’m not alone with this quandary. Struggling to define, no less assert personal needs and wants is an expected outcome for survivors of systemic abuse and neglect.

As a result, for those of us who learned to fawn and over-function to appease aggression and dodge the prospect of rejection and abandonment, saying no is replete with debilitating challenges. I frequently witness how this basic act of self regard is a frustrating reality for the folks I treat for complex trauma.

Annie’s journey with reclaiming her authority is exemplary of this struggle. Throughout her childhood communicating dissent incurred the vitriolic wrath of Annie’s borderline mother and put her in peril with her violent brothers. So, she learned to remain silent and sublimate her expression through creating fine art. As we work together in therapy to access her latent capacities for articulating her feelings through words, the feared and actual backlash of saying no is particularly daunting.

Friends are falling away. Marital expectations need to be re-defined. Work colleagues are dismayed that she’s no longer a team player. Seems many folks preferred her muzzled.

On the up side, she is participating in academic panels, promoting her artwork, and engaging in podcast interviews. Annie’s heightened self-esteem is evidenced in her ability to assert dissenting opinions in group therapy.

All things considered, it’s a mixed bag. The celebratory milestone of coming into ones power is clearly a threat to those who need you to remain small and compliant. On the flip side, those who are inspired by other’s endowments welcome determination and decisiveness.

In my client Maggie’s case, politely declining the advances of a male acquaintance advances did not go well. In spite of her instinctual apprehensions, she gave in. His relentless coercion to have a drink resulted in her being drugged. She woke up in her bed as he was raping her.

Not wanting to seem rude along with the need to be viewed as agreeable and likable, takes precedence over self protection for many. This was a dominant trend in my life and the women I encountered years back at the Safety and Fitness Exchange (SAFE).

At SAFE, shouting “no” in unison to imaginary assailants empowered us to assert ourselves outside the confines of our self-defense community. It taught us to honor the sanctity of our bodies and minds by defining and upholding uncompromising boundaries. Developing the capacity to protect myself was a critical step in reclaiming my right to confidently push back.

Time and experience has taught me that while imparting ‘no’ can be downright unpleasant even when it’s absolutely necessary, it is imperative to self care and personal growth. The repercussions of over-extending, allowing transgressions, tolerating exploitation and enabling that which should be refused, is far greater than the feared consequences of maintaining priorities and boundaries.

After decades of trial and error I now view the task of saying no as clearing out that which interferes with thriving. Owning what I don’t want potentially opens me up to simplicity and receiving what is beneficial to my life. It also plainly imparts the truth of where I stand with everything from work related policies, to personal give and take and ideological concerns.

Still despite the obvious benefits of asserting life-affirming conditions, this exercise in discernment and discrimination is mired in ambivalence. Taking an individual stance that fails to conform with the perceived greater good can be seen as contrarian and defiant. Yet as educator and motivational speaker Stephen Covey reminds us,

“You have to decide what your highest priorities are and have the courage pleasantly, smilingly, and non-apologetically — to say no to other things. And the way to do that is by having a bigger yes burning inside.”

Indeed, if we fail to crystallize what we don’t want, we are fated to sacrifice that ‘bigger yes’ stirring within. 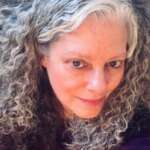 The Science of Saying Sorry By Dr. Richard Stephens