The Difference Between Being Cool and Being Popular

Coolness and popularity have a complicated relationship. 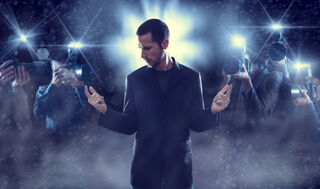 One of the most powerful social yearnings expressed by adolescents is the desire to be thought of as cool and popular by their peers; more than a few full-grown adults never quite let go of this aspiration.

All of this is quite natural. Popularity and coolness are desirable qualities that almost everyone would rather have than not have, but the importance of one’s social life and an obsession with popularity is a defining feature of adolescence in a way that is unmatched at any other stage of life.

Often, the terms cool and popular get used interchangeably as if they were just different labels for the same perception that we would like others to have of us. On closer examination, however, it becomes clear that popularity and coolness are quite different and that they have a fairly complicated relationship with each other.

Let’s start by examining what popularity is all about.

At first glance, popularity is easy to define and recognize: A popular person is an individual who is well-known, well-liked, and admired by others. The popular person is someone with whom most of us would like to be associated.

According to researchers, though, the sources of the social power wielded by popular people can be quite different. Specifically, there is a difference between sociometric popularity and peer-perceived popularity, and most people do not score high on both at the same time. Sociometric popularity primarily reflects “likeability,” and it is linked with traits such as being kind and trustworthy.

As many of you are reading this, I am sure that popular people from your past immediately spring to mind as perfect exemplars of each of these types of popularity.

Concern is increasingly being expressed that the new world of YouTube and social media stars is fueling a quest for the wrong type of popularity, and there is evidence that pursuing status at the expense of likeability can be associated with negative effects such as addiction and depression. Conversely, there is also evidence that having a few close friends in high school rather than being high in peer-perceived popularity is a predictor of better long-term mental well-being.

So, popularity is a more complicated concept than it may seem.

What Is “Coolness” All About?

As complicated as popularity is, coolness is even more so.

Coolness is a broader category than popularity. One can be cool by having cool stuff, by doing cool stuff, or by just plain “being cool.” While what is cool fluctuates from generation to generation and from place to place, it usually displays some combination of the following characteristics:

So, coolness is a combination of self-presentation, fashion, and attitude. It’s pushback against norms and authority that may manifest itself as not caring about traditional routes to success such as academic achievement and being “too cool for school.”

The culture of coolness is often associated with Black Culture; the term “cool” was first popularized in the African-American jazz scene of the 1940s. Scholars who study the history of cool trace its origins to the plight of male African slaves in the Americas who had to internalize their feelings in order to survive and had to achieve manhood under very trying circumstances. In other words, it was an avenue for building self-esteem and achieving respect in a world that offered very little of either.

So, at its heart, being cool is a coded way of offering resistance against the status quo and showing emotional restraint while trying to achieve something significant against overwhelming odds.

How Are Popularity and Coolness Related?

I believe that coolness and popularity represent two completely independent arenas, and being high or low on one does not necessarily mean that you will be high or low on the other.

We can all think of individuals we’ve known who were well-liked and popular, but lacking in qualities that would lead us to describe them as “cool.” Similarly, we all probably knew a brooding loner or two who were not popular, but seemed cool because of the way they dressed or because they were always the first to be in the know about the next big thing in music. And of course, a person can also be cool and popular at the same time.

Striving to be cool and popular will probably always be part of the human experience, especially among young people. In and of itself, this is neither good nor bad. But it may be useful to remind ourselves of the subtleties inherent in these traits and be clear about precisely what it is that we are striving for. 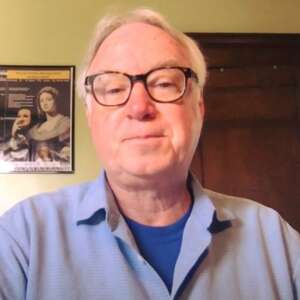 You Aren’t Who You Think You Are By Arthur Dobrin D.S.W.