Internet trolls are an interesting phenomenon that has been getting some attention in psychology circles recently.

I’m involved in a few emerging technology platforms, including Earth2 and Veve, and have witnessed on their forums the same archetypes, comments, and tactics being used.

Trolls and FUDders (fear, uncertainty, doubt) are manifestations of the same psychology.

Trolls are characterised by the ‘Dark Tetrad’ of personality traits, including psychopathy, Machiavellianism, Narcissism, and sadism.

In internet parlance, a troll is generally defined as a “person who posts abusive, insulting, inflammatory, extraneous, off-topic or digressive messages in an online community, with the intent of provoking emotional responses, or manipulating others’ perception.”

Trolls are not passing by looking at a car crash; they want to create one to look at, then relish in the destruction.

“Trolls aspire to violence, to the level of trouble they can cause in an online environment.

They want it to kick off. They want to promote antipathetic emotions of disgust and outrage, which morbidly gives them a sense of pleasure.”

Their substandard educational and intellectual level is often evident from their syntax, grammar, spelling, and misinterpretations of simple concepts.

“They have, therefore, a natural antipathy to logic, knowledge, and education, usually a result of their inferiority complex.”

However, some display a superiority complex, and may well be educated or have achieved some level of success in their careers.

Psychopathy and Narcissism, like any mental illness, do not discriminate by gender, race, or status.

Humans have two types of empathy:

Having high cognitive empathy means a person can understand others’ emotions.

Having high affective empathy means a person can experience, internalize, and respond to those emotions.”

Healthy personalities have a mix of both.

In psychological studies, self-confessed trolls scored higher than average on two traits: psychopathy and cognitive empathy, and were predominantly, but not exclusively male.

Psychopathy has a spectrum that can, in extreme cases, lead to murder but more commonly manifests as a distinct lack of care for others’ feelings.

So, even though trolls exhibit one kind of empathy, coupling it with psychopathy ultimately makes them unpleasant, toxic personalities. At least, online.

“High levels of cognitive empathy make these people adept at recognizing what will upset someone and knowing when they’ve pushed the right buttons.

The lack of affective empathy allows them not to experience or internalize the emotional experience of their victims.”

There are many common tactics utilized when trolling.

A usual refrain is that you keep your knowledge to yourself; they represent themselves as the unelected spokesperson for the majority, who don’t need your opinion.

Another familiar ploy is to state that while you may be a qualified or a knowledgeable individual, you are not an expert in whichever field is being discussed.

“In other words, they expect their target to have a Ph.D. in every field he comments upon, or else he is disqualified from making comments; the troll, on the other hand, being poorly educated, has the right to comment on everything.”

Emojis are frequently used rather than words, and they may laugh at serious responses, instead of addressing the issue, thus, avoiding intellectual debate.

A battle they cannot win.

“Who needs valid opinions when you have clown emojis?”

A troll uses laughter as a weapon of derision; “lol, lmfao, lololol” may feature prominently in their posts.

When a troll infiltrates a new forum or project, he sets down his bag of tricks.

He maintains a kind of grudge against people discussing and debating their passions with amicability, logic, or reason. Constructive comments and discussions disgust and bore him.

So he starts some chaos; his bag is full of inflammatory comments he can lob to set the masses squabbling.

Examples of simplistic incendiary comments include:

This is a scam

This is a Ponzi scheme

Can you smell the hopium

Features are a joke

There is no game

Get the lube ready boys

Dubai day was the end

The CEO’s a fraud

Nothing has been done

We’ve all lost our money

This will never work

In summary, they condense complex situations with multiple facets into these small incendiary sound bytes.

These statements deliberately ignore logic or contrary evidence and require no factual basis.

Maliciously oversimplifying aspects of a situation, person or company in order to generate a reaction or rebuttal.

These shallow comments are designed to create controversy and fear.

Employing the same smear campaign techniques found in political campaigns, their intention is to cause damage to reputation and manipulate public perception.

He may label anyone defending the project a fanboy, white knight, shill, paid actor, moonboy etc.…

This is a crude attempt to discredit any positivity.

He mocks anyone supporting a project or having confidence in its viability for reaction.

“A troll is aware that he is a troll and knows what he is about — causing trouble.

Why? This is his darkest mystery — if anyone knew his secret, he would die.”

Without conflict, and contraries all the fun evaporates.

It is the very air they breathe; without it, they perish into obscurity.

Like an addict, they must return daily for their next hit. They are often the most prolific and outspoken contributors.

Trolls are emboldened by the presence of other trolls, spurring each other on to more and more inflammatory behaviour and comments.

In greater numbers, they have a pack mentality, becoming an overwhelming unrelenting tide of abuse that is difficult for the average person to be unaffected by.

We can find them gathering on threads injecting simplistic incendiary comments to further fuel the fire.

In 2017, the singer Ed Sheeran quit Twitter over the volume of toxic trolls and hate he received.

A troll can find a problem in every solution and project malicious or even illegal intent onto the most mundane actions or comments.

They are often found hiding behind a mask of benevolence, claiming their toxicity is to save others, obscuring its real purpose, personal pleasure.

Ask a troll for evidence or proof, and he will likely make a derogatory comment on how you look, your job, your age, your grammar, or tout his achievements.

Anything but directly answer or engage with the topic.

He does not seek rational discussion and is not concerned with the merits or validity of his statements or yours.

He is not bound by the usual tenets of reason, logic, or truthfulness in discussions.

He will actively distort facts, fabricate or disregard evidence, and make illogical assumptions to further his agenda of disruption.

Chaos and emotional reaction are his narcissistic supply.

There is a distinct difference between rational people discussing issues, having concerns, expressing constructive criticism, and trolling for narcissistic pleasure.

But we don’t have to accept the former.

Let’s cut off their supply, take back our online forums, and build a Metaverse community that you don’t need protective clothing to enter.

“To argue with a man who has renounced the use and authority of reason, and whose philosophy consists in holding humanity in contempt, is like administering medicine to the dead, or endeavoring to convert an atheist by scripture.”

Interestingly, while researching this article in the forums, I began thanking the trolls for their input, explaining that it was extremely useful for my article on the psychology of Internet trolling.

Not one person responded or engaged me in any way.

It was not the response they craved.

Valid but opposing opinions can still have productive discussions; because they are both based on the same principles, logic, reason, and facts. Thus the possibility of progress or solutions exists. None exists when dealing with a troll; they are not seeking resolutions.

Imagine you support a football team.

They have wins and losses throughout the season, the manager might make bad choices, players might have bad days, and you discuss these with the other fans.

Proposing better strategy choices, player selections, better formations, ways to win the next match. The season is long, after all.

Now imagine you have one friend who constantly interrupts the conversation to say, “the team is crap, the team is dead, they’re never going to win,” repetitively.

That’s his entire contribution to the discussion, no solutions, no suggestions, just constant negativity.

How long before you ostracise that guy and stop inviting him?

Are the discussions going to be more productive and enjoyable without someone actively poisoning the well?

In the Metaverse, we have an opportunity to create a new world; why would we take the trash from the old one?

Let’s put the garbage out and leave it out.

How is this achievable?

En masse blocking, now that we recognize their tactics, motivations, and patterns, let’s press that block button together.

And starve the trolls into exile.

If new people enter the space, they will still see comments and posts from the trolls, but with no one engaging, except other trolls.

Meanwhile, healthy discussions, debates, and ideas for the future will remain free from their negative narrative, invisible to those who engage in toxic trolling.

“We cant change the negativity in anyone else, but we can set ourselves free from it. Separating ourselves from toxic people is crucial to our wellbeing.” 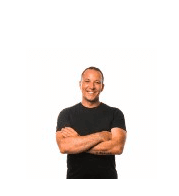 Owner of YogaCita in Melbourne, Australia. An eternal student he has been practicing, teaching, and integrating Yoga, Philosophy, and Mindfulness for 3 decades

You can find him on medium:

Some Remedies for Bad Breath by Staff

How to Stay Away from Toxic People.

Three Ways to Shift Your Perspective and Overcome Anxious Thoughts By Dr. Ilene