There is almost always a cringeworthy public apology to watch. Most recently, it was YouTube star PewDiePie, who had to apologise for alleged anti-semitic content in his video posts. In the same week, the London Dungeon issued a public apology over an abhorrant Valentine’s Day promotion, joking about violence against prostitutes among other things.

To err is human, that much we know. But if you are going to apologise, you’ve got to do it right. Thanks to social science research there is now sound, evidence-based advice on how best to deliver a successful apology – whether you’re famous or not.

But let’s start with celebrities. A recent study analysed 183 apologies from famous individuals issued through the media. Statements that included elements of denial (not my fault) and evasion (it was complicated) did not wash well with the public according to results of opinion polls conducted at the time. On the other hand apologies containing elements of corrective action (I’ll never do it again) and mortification (I am ashamed of myself) received a more favourable reception.

In the wake of the Monica Lewinsky scandal, President Bill Clinton’s admission of “personal failure” and “regret” garnered support in public polls despite mass calls for his impeachment. However, when Trump was caught bragging about groping women on camera recently, he initially made an evasive and halfhearted apology: “This was locker room banter, a private conversation that took place many years ago … I apologise if anyone was offended.” However, he was soon forced to escalate this with a statement acknowledging and taking responsibility for the transgression: “I said it. I am wrong. I apologise.”

Still, the drawback in studying celebrity apologies is the difficulty in gauging how the popularity of the person in question might have influenced the public reaction. A German study instead looked at how people rated apologies for bad service at a restaurant. Volunteers watched a film of a couple visiting a hotel restaurant. As the meal unfolded it became apparent that this particular establishment was more Fawlty Towers than Claridge’s. The service was slow and the food was badly cooked.

Different versions of the film showed the waitress returning and apologising but with subtle alterations in how she expressed it. The apology was sometimes more and sometimes less intense (“I’m really sorry”, as opposed to “I’m sorry”), more or less empathic (adding or leaving out “I feel very uncomfortable about it”) and more or less timely (apologising the moment the problem occurred rather than at the end of the meal). In some instances there was no apology at all. Customer satisfaction was higher following an apology that was intense, empathic and timely. Where an apology was lackadaisical, unsympathetic or late, customer satisfaction remained low. In fact, customers were equally unimpressed with weak efforts at apology as with no apology at all.

It’s clear that when it comes to apologising it’s not what you do but the way that you do it that matters. Apologies that proffer regret, promise corrective action and are delivered early, with intensity and genuine sympathy can make amends for many things.

So when PewDiePie’s apology switched tack from attrition to attacking the Washington Post for being “out to get him”, it began to fall short in many people’s eyes (see these comments).

Similarly, when the London Dungeon tweeted after its offence that “we recognise that we’ve upset some people and for that we’re very sorry” this did not go anywhere near far enough. A follow-up statement apologising for “upsetting people” carried the implication in many people’s eyes that, in becoming “upset”, people were having an irrational response to what was, actually, a crass and poorly thought through campaign. Apologising by taking full responsibility would have come across as more emphatic than insinuating that people were irrational in their response. Clearly there is more work to be done if these entities are to restore reputations.

But in line with the “post-truth” moment in history, some further research suggests that apologists need not focus their efforts solely on things they have personally screwed up.

A fascinating Harvard Business School study from 2014 showed that apologising for things that aren’t your fault can also be an excellent means of garnering trust. This study entailed a researcher in a busy train station asking members of the public if he could borrow their mobile phone. It was a wet November day and on some occasions he began by saying: “I’m so sorry about the rain.” When the request began with such a superfluous apology – saying sorry for something that you have no personal control over – 47% of people approached handed over their phones compared with just 9% when asked outright without mentioning the inclement weather.

Being on the receiving end of a superfluous apology made many people trust a stranger enough to hand over an expensive personal item. Saying sorry about the rain acknowledges and expresses regret for the other person’s adverse perspective – being made uncomfortable by getting wet – even when the person speaking those words was in no way responsible for that adversity.

So perhaps the real lesson here is the extent to which humans are prepared to forgive each other. A well-judged, sincerely delivered apology can not only right wrongs and repair damaged relations, it can be the starting point for a new chapter, a new venture or a partnership. Apologies are like Christmas presents – much better to give than to receive. Someone should tell President Trump – after all, he is spending most of his time pressuring others into saying sorry. 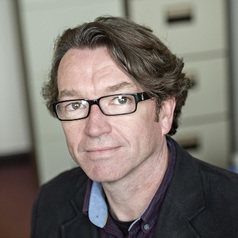 The Top 5 Benefits of Meditation By Dr. Gia Marson