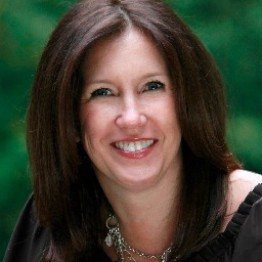 We Can’t Grasp Who a Narcissist Is :

When I sat with my marriage counselor I heard what he said. My husband lacked empathy and was a narcissist. I knew this to be true. It validated and explained the confusion I had experienced for years.

But down deep I was still very much in denial.

I held onto the man who grabbed my hand and snuggled next to me on the couch. The one who told me he loved me.

I believed he existed. As much as I believed the narcissist did.

And I vacillated between both of those worlds.

The moment I entered my marriage counselor’s office. And the moments I returned home. I ping-ponged between actual reality and the quintessential fixer who saw the best in people.

But now I live with a visual. One that concretely keeps my two recovering feet in place. I will get to that in a minute. It’s important to explain the complexity of my confusion first.

I can’t lie. The words of our therapist buoyed me. I wasn’t losing my mind. My husband was two very different people even if the world would never believe it. The marriage counselor reinforced my long-standing belief something was terribly wrong.

Not just within my relationship but within the man I loved.

Therefore, a portion of me was not in denial.

I was living by an actual hard-core relationship fact. My brain embraced one thing while my heart held onto another. The intellectual me sat before the marriage counselor while I cried my eyes out.

But it was my heart who opened the door when I returned home.

I was lying to myself.

That’s what denial is.

I now understand that. Of course, my counselor always has. I’m sure it was frustrating patiently listening and trying to reach a woman who wasn’t entirely open or ready to process the message. The enabling girl continued to care and make excuses for why she was staying.

In favor of highly fictionalized phrases like ‘I’m trying to keep my family together,” “He’s a good person in a bad place,” “People can change.”

I boldly protested my truth. When a few friends and family told me I was in denial, I scoffed. In fact, it angered me. Since I’m not easily annoyed it was yet another clue they were hitting a nerve within me that exposed my self-deceit.

But knowing my situation and accepting it were two entirely different things. And anyone who has loved an individual with Narcissistic personality disorder understands how confusingly abusive it is.

They appear normal and then they don’t.

They are seemingly loving and then equally absent and cruel.

And because two sides exist, it makes us believe change is actually possible. The battle of good versus evil. And all self-respecting Pollyanna’s know who will win this war.

We believe in fairy tales, in fantasy, in rose colors.

But back to the visual, that traded my weak knees for strength. I wish when I was sitting on the couch with my husband…

I had envisioned two boxes.

An individual with Narcissistic personality disorder lacks empathy. This essentially creates one world. The narcissist’s world. This critical empathy deficit prohibits them from seeing outside of their own hemisphere. Likewise, it prevents them from seeing into anyone else’s life.

The narcissist lives in one world and the person who loves them lives in another.

It doesn’t appear this way because we are temporarily occupying their space. We are parallel playing within their orbit. But the narcissist does not have the ability to feel the worry, joy, stress, pain, or any emotion of another.

The loving and charming side they display is to pull us farther into their world.

Every time my husband reached for my hand, I should have envisioned a box around him and a box around me. I might have escaped drifting back into denial with a firm picture of what was actually transpiring.

I thought he was entering my heart and my world.

I believed these were displays of love and hope.

But they were not because the narcissist can’t operate outside their own box, their own hemisphere. He wasn’t connecting with me. He needed me within his own world. He needed everything I provided him to survive in it. He couldn’t breathe in that box without me.

Likewise, I was surrounded by a box.

And I was never leaving it. We were never joined. It was impossible. He was incapable of it. He had no interest or ability in discovering the world within my box.

We were two people held captive.

But prisoner nonetheless. The narcissist in his box. Me in my box. And a few hands and words were spoken between the bars. That it. Nothing more and nothing less.

You can find the author on Medium