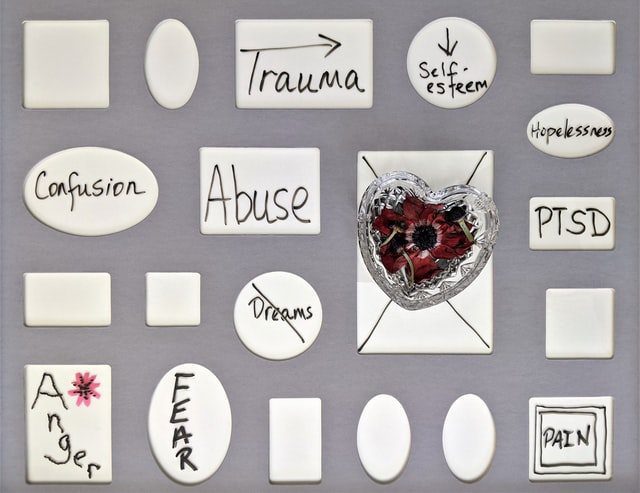 PTSD, also known as Post Traumatic Stress Disorder, is a type of psychological illness that is caused by trauma. Chiefly, PTSD tends to develop due to traumatic or terrifying situations and life events. An individual can experience a traumatic situation or be a witness to them.

In addition, symptoms of PTSD include a wide range of manifestations. This includes flashbacks, anxiety attacks, nightmares, and difficulty controlling thoughts.

Some examples of traumatic events include:

– Car crashes or other serious accidents

-Losing a child or having birth complications

In truth, trauma comes in many variations and forms. The intensity, amount, and severity of the trauma can have an effect on the individual, as well. So, it’s impossible to list every potential trigger for PTSD. Hopefully, though, the above list gives you an idea of what could cause PTSD.

Furthermore, it’s important to note that trauma, even the most traumatic of events, might not cause PTSD. Among people that experience severe trauma, only 1 in 3 end up developing PTSD.

Researchers are not exactly sure why some individuals form PTSD while others do not. However, psychologists have identified some risk factors which may explain why some people are more prone to developing PTSD in comparison to others.

However, protective factors, such as a good social support system and high baseline mental stability could explain why some people do not get PTSD.

Who Is At Risk For Developing PTSD?

But what factors put people at a higher risk for PTSD? To start with, a pre-existing mental disorder is one of the biggest risks for developing PTSD.

In particular, research has shown that people with anxiety and depression, are especially prone to PTSD. Other risk factors include low social support from friends and family.

Trauma is hard to deal with already. And, if the people around you are not supportive or understanding, it can be even harder to heal.

Genetic predisposition might also play a role in the development of this disorder too. If someone in your family has PTSD or other mental health disorders you are at a higher risk for getting PTSD.

Addition risk factors could also include longer exposure or repeated exposure to severe trauma, high levels of stress at your job, and substance abuse issues.

Why Do People Develop PTSD?

Some people are at a higher risk for this mental disorder, but this doesn’t explain why someone might get this disease after a traumatic event. Not everything is known about PTSD and its causes, of course. But researchers have come up with a few reasonable theories.

One potential reason involves survival mechanisms. Scientists think that PTSD arises as a form of protection. Your mind and body become hypersensitive, and you remember trauma in detail in order to protect yourself from future trauma.

This is a likely explanation. However, the effects of PTSD can actually be more harmful than helpful to your survival.

Another potential reason why PTSD might develop is due to an imbalance in brain chemicals and stress hormones. People that produce more stress hormones during their flight or fight response could be at risk for PTSD.

In addition, differing brain structures in individuals could explain PTSD. People with a smaller hippocampus, this is where memory and emotion are processed in the brain, have a higher rate of PTSD.

What Are Some of The Symptoms of PTSD?

There are four main types of PTSD symptoms. These include intrusive memories, avoidance, negative changes in cognition and mood, and finally changes in how you react physically and emotionally to stimuli. I’ll list a few of the possible symptoms of each category in this next section.

Intrusive Symptoms Could Include:

-Flashbacks that are intrusive or unwanted

-Nightmares that come out of the blue

-Distress when seeing something that reminds you of your trauma

Avoidance Symptoms Could Include:

-Avoid anything that reminds you of your trauma

-Avoid talking or thinking about trauma

Negative Changes to Cognition and Mood Could Include:

-You feel more hopeless or depressed

-You think negatively about yourself more

Emotional and Physical Changes Include:

-You can’t sleep or concentrate

-You get scared easily

-You feel a lot of guilt

-You have more emotional outbursts

To qualify for a diagnosis of PTSD, these symptoms must persist for at least one month. And, your symptoms must cause dysfunction and impairment to your life and daily routine. For instance, you aren’t able to work normally or meet with friends or family like you could in the past.