How to avoid false attributions for delayed reporting.

We have long been aware of the phenomenon of victim-blaming in connection with sexual harassment. Usually, this type of attribution is subtle, consisting of questioning how the victim ended up in the circumstances, what role he or she played in facilitating the behavior at issue, and the reason for the delay in reporting.

The #MeToo movement brought many of these answers to light, with numerous victims coming forward to explain why they suffered in silence. Yet even today, when victims do not come forward right away to report harassment, research indicates that skepticism remains. 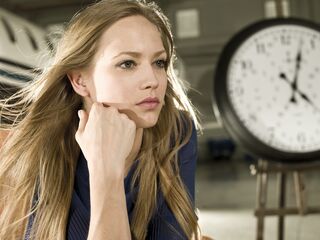 When It Comes to Victim-Blaming, Time is Not Yet Up

According to an article in Time, the Time’s Up Movement shares a similar vision with the #MeToo movement in terms of empowering women, but has also been considered a “solution-based, action-oriented next step” to #Metoo. [i] The article explains that #MeToo deals with sexual violence, while Time’s Up focuses on workplace equity, promoting equal economic opportunities, and combating both sexual assault and harassment.

But despite the vast strides made by these movements and the resulting public acknowledgment of the severity of the problem, the public conversation about sexual harassment still includes a focus on the behavior of the victim. One of the ways this phenomenon has been studied has been in connection with reports of sexual harassment in politics.

Christian von Sikorski et al. (2020) examined the link between delayed sexual harassment allegations and victim-blaming. [ii] Studying a German sample, they compared how participants analyzed a news report about a victim’s delayed accusation of harassment, a fresh (days-old) allegation of harassment, or allegations without any time cues. They found that delayed accusations caused participants to attribute negative motives to the victim—which in turn, increased victim-blaming.

Von Sikorski et al. note that according to the Pew Research Center (2018), about six-in-ten women in the U.S. report having been sexually abused or having received unwanted sexual advances. Notwithstanding these numbers, they note that the number of formal reports or public accusations are few, in part because research reveals that going public with these types of allegations can be very traumatic for victims.

They outline many reasons for delayed reporting, as detailed in a variety of past research studies, including the concern victims have about being blamed, and even blaming themselves. Indeed, they note that research supports the fact that victim-blaming is a common reaction to allegations of sexual harassment, and can be very harmful to victims, both physiologically and psychologically.

Focusing on a political context, the authors examined, among other factors, the temporal aspect of a victim publicly making sexual harassment accusations. Their results reveal that victims who accuse a perpetrator of sexual harassment years after the fact often trigger others to attribute negative motives toward the victim, prompting victim-blaming.

In addition to corroborating existing research on victim-blaming, Von Sikorski et al. note that their findings show that attribution of negative motives is apparently an important mediator that helps explain victim-blaming. They note that “delaying a sexual harassment accusation against a well-known public figure (i.e., politician) may result in the perception that the victim had at least a certain level of control and was able to (strategically) manage at what point in time she came forward with an accusation.” They note that when observers perceive that a victim “actively manages” an accusation in terms of timing, the subsequent dispositional attribution process results in assigning negative motives to the victim, such as believing she is attention-seeking, wants to destroy the politician’s image, or is seeking financial enrichment. All of these attributions lead to victim-blaming.

Von Sikorski et al. note that journalists reporting sexual harassment allegations bear a level of responsibility, because some types of media coverage may cause victim-blaming, leading to secondary victimization—as the sexual harassment victims are now viewed as responsible for their fate. Yet because these incidents have to be reported, what is the solution?

They suggest that journalists could explain why a victim might delay reporting, including the fact that they are often traumatized, and experiencing symptoms of depression or post-traumatic stress. They note that by providing insights on why victims do not go public immediately after being victimized might prevent the attribution of negative motives. They cite research that has revealed how being presented with altruistic motives for coming forward, such as to protect other women from being sexually harassed, can reduce victim-blaming.

Moving forward, although there is still much work to do, the discussion surrounding sexual harassment has increased public understanding of some of the dynamics that explain delayed reporting, which in turn may increase a victim’s willingness to report. We still have a long way to go, but we are on our way. 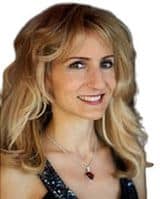 This article was originally published on July 24, 2020, in Psychology Today Wendy L.Patrick