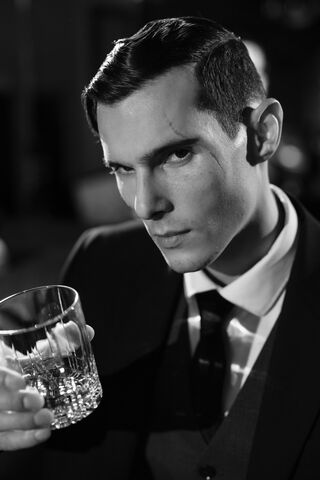 We sometimes fail to appreciate the love and friendship of people who value us. Instead, we seek the approval of those who do not currently and perhaps never will value us. This tendency is particularly pronounced among adolescents—who often feel pressured to try to get the approval of other adolescents perceived as popular—but it is a propensity that does not entirely disappear with age. Something of the adolescent remains in most of us. What interests me here is why.

Why Do We Seek the Approval of Those Who Don’t Value Us? by Iskra Fileva Ph.D.

The behavioral pattern I have in mind is much more understandable in actual adolescents. Teenagers generally inhabit a small, hierarchically structured world, and their status in that world depends on the opinion of a small group of peers seen as cool and voguish, trend-setters. An adult’s world is considerably more complex. Adults participate in a variety of social circles, and their status is almost never exclusively dependent on the opinion of a single person. So an adult’s brooding over the acceptance or respect of another often seems much less rational than a teenager’s. What explains the propensity in question in adults?

Here, I set aside cases in which we want the approval of a person such as a parent, whose love and acceptance are bound to matter to us; or of someone we want to emulate; or of the CEO of a company we work for. The rationale in all those cases is not difficult to gauge.

The type of situation that interests me presently is different. It involves a failure to appreciate the extended hand of wonderful people we are fortunate to count among our friends, because we are focused on the opinion of others less interested in our company.

Perhaps, the root of the disposition can be traced back to an evolutionary mechanism that makes us see attainable and already attained goods as not worth wanting or not as much as those we cannot get. Relatedly, we may tend to use the difficulty of an achievement as a proxy for its magnitude so that if something feels easy, we don’t value it.

I will call this mechanism the Groucho Marx tendency after the comedian Groucho Marx who once famously quipped that he wouldn’t care to belong to any club that would accept him as a member. Like Groucho Marx, we may not sufficiently appreciate the company of those who care for ours.

At the collective level, the general mechanism, perhaps, benefits us all. It is quite possible that without it, we wouldn’t have a drive to continue trying to make progress. But my focus is on the consequences for individual happiness.

Here, I think, we should record some costs. What I labeled the Groucho Marx tendency may be what explains the effect known as the hedonic treadmill: our seemingly permanent stasis in the pursuit of happiness, and a related inability to sustainably increase the levels of our well-being even when we achieve more and more in life.

The important point to note is that the Groucho Marx tendency sometimes misfires. That’s for several reasons. First, the toil required to get something isn’t always a good indicator of worth. It may be both risky and onerous to dive to the bottom of the ocean to retrieve a pile of fool’s gold, but fool’s gold isn’t thereby worth wanting.

Relatedly, the Groucho Marx tendency can be exploited by self-interested actors to our detriment. On the market for goods, some sellers artificially raise the price of items in the hope that customers would come to value those items more. This strategy sometimes works. (Apparently, people enjoy the same wine more if they believe it is more expensive.)

In the dating world, similarly, some artificially “restrict the supply” of their own approval and compliments. There is a practice known as “negging,” from negative feedback. It involves using negative remarks to inflate the “price” of one’s own approval, making it look more valuable in virtue of being a scarce commodity. But negging doesn’t show the negger to be the sort of person whose approval is worth wanting and may, in fact, show quite the opposite as it betrays lack of manners. Some people’s company may, thus, be overpriced much the way some wines and handbags are.

I must note also that there are tendencies that go in a direction opposite of the one I have been discussing. Some people do truly value what they have, including friends, and they don’t much care about what anyone else thinks. Others are so risk-averse that they don’t want to meet anyone new or make new friends, because that would require them to push themselves beyond their comfort zone.

An even more interesting case is that of the narcissist whose positive view of (some) others is motivated by self-love. In an insightful portrayal of a narcissist, novelist George Meredith, in The Egoist, describes a self-absorbed man, Sir Willoughby Patterne, who believes that the woman he wants to marry, Clara Middleton, is extraordinary, and he believes this not because he is enamored with her—he loves himself too much to truly love anyone else—but rather, because he has a grandiose self-image and thinks that anyone he is interested in associating with must therefore be exquisite.

But back to the Groucho Marx tendency. The fact is that some of us, perhaps many, fail to fully appreciate those friends who treasure them. “Easy” friendships may be seen as somehow less precious, less of a conquest.

One might wonder what Groucho Marx must think of himself if he believes that no club that would have him is worth belonging to. We need not be like the narcissists who fancy that a club’s interest in them shows utmost discernment and taste in order to acknowledge a problem with not cherishing those who cherish us, including a problem for our own self-image.

But the most important point I wish to make is this: When it comes to people and how desirable their friendship is, the key question is how well we can relate to each other, not how easy or difficult it is to secure their interest in socializing with us. This is because we are unlikely to obtain any deep satisfaction out of spending time with those with whom we cannot relate at a deeper level, those with whom we do not have that slightly mysterious understanding that exists among good friends, the ability to “feel,” to “get” the other, and have the other do the same for us in turn.

With the right person, this sort of understanding is not difficult to achieve and sometimes, it may be almost instantaneous, which is what makes it seem mysterious. It is probably fair to say that a deficient ability to appreciate the depth of intimacy between us and a good friend—and a willingness to seek instead superficial communication with an unfriendly other—is not an ordinary oversight. It is a failure to treasure a gift and a miracle.

Iskra Fileva, Ph.D., is an assistant professor of philosophy at the University of Colorado, Boulder.