Fitness Hacks For Life
close
Do a quick internet search for narcissism and you’re likely to find thousands of articles and accounts of dealing with a narcissist and they’re almost always male. It would be easy to assume that narcissism is a common, uniquely male trait. However, like other mental health issues, narcissism is not unique to one gender. And, […]

Do a quick internet search for narcissism and you’re likely to find thousands of articles and accounts of dealing with a narcissist and they’re almost always male. It would be easy to assume that narcissism is a common, uniquely male trait. However, like other mental health issues, narcissism is not unique to one gender. And, it’s more than just a popular way to describe self-centered partner.

Narcissistic Personality Disorder (NPD) is a clinically diagnosed mental health disorder. This type of personality disorder is characterized by an exaggerated need for attention and admiration, perfectionism, grandiose behavior, and a profound lack of empathy for others. According to the American Psychiatric Association (2013), males account for about 50-75% of people diagnosed with narcissistic personality disorders. The remaining 25-50% are women1. Interestingly, they don’t seem to get as much attention as their male counterparts and they are also often under diagnosed as NPD. It’s thought that one reason women are under diagnosed with NPD is because their narcissistic behaviors are attributed to another diagnosis (Borderline Personality Disorder, for example).

Female narcissists are nothing new. Freud recognized narcissism in females. He even believed that females were actually more narcissistic than men. 2Whatever the reason for the gender gap in diagnosis, what we do know is that both men and women can be diagnosed with a narcissistic personality disorder.  The traits of NPD are not “male” or “female” biased. They both exhibit the traits of NPD. What seems to be the difference is the way in which narcissistic traits manifest in men and women. 3,4

Female narcissists often engage in what’s known as relational aggression. They are fiercely competitive and have an insatiable need for attention. Anyone seen as a threat is a target for their wrath. They will often single out and befriend the person they perceive as a “threat” whether it is to their appearance, their social status, their success or any other aspect of their lives. What seems to be an admiration of their target quickly becomes a relentless quest for ruin driven by envy and contempt.

Both male and female narcissists are capable of intense bouts of anger but how they show it is very different. Unlike male narcissists, female narcissists don’t get aggressive or explosive when they get angry. In fact, it’s quite the opposite. They seek to punish the person who offended them by withdrawing and withholding attention and affection. This withholding of contact can go on and on with the goal of drawing their target (who will do anything to win their affection) back in. All is well until the next time they’re mad.

Narcissists aren’t always the gregarious, boastful person you think of when you think “narcissist”. Sometimes, they just don’t “look” like what you’d expect from a narcissist. But, under that exterior, the narcissistic traits remain.  This type of narcissism is known as covert narcissism.

Covert female narcissists, in particular, will often play the role of the virtuous victim. No one’s pain or sacrifice has ever been greater than theirs. They expect others to acknowledge and understand their pain as extraordinary when in fact, it may be rather minimal. If their suffering is not adequately acknowledged, they are offended and angered.

Since a female narcissist’s need for attention admiration, and validation is insatiable, they will constantly seek it from something called a “narcissistic supply,” which is the co-dependent people they surround themselves with. Female narcissists expect to be in the limelight and cannot handle it when they feel they are being ignored. She will get angry, resort to deception and gas lighting, and push the boundaries, when she is not the focus of attention with friends, all in an effort to get the attention she is seeking. For a narcissist, even negative attention is better than no attention.

The female narcissist also likes to make herself the subject of male attention, even in inappropriate situations (such as work or a family gathering) – this is true even if the male is a friend’s partner.

When it comes to intimate relationships, all narcissists tend to be highly skilled in the art of seduction. Female narcissists tend to use different methods to seduce their partners, though. Rather than turning on the charm to attract a partner (like one would expect), female narcissists will often use their bodies and physical appearance in very intentional, provocative ways. Female narcissists crave attention and delight in being the object of desire.  Their goal is to attract admirers and they are often surrounded by them. They will engage in emotional or physical affairs without remorse but keep their partner involved. No matter how much their partner gives, it is never enough.

Children are a focal point for the female narcissist, and they can be quite overbearing parents. While male narcissists see children as more of an inconvenience, female narcissists often consider their children as sources of the validation and attention they desperately seek. They view their children as extensions of themselves. They will often choose one “golden child” and shower that child with attention and privilege, leaving the siblings isolated and excluded. Every accomplishment of the chosen child is seen as a direct reflection of their superior parenting.

While both male and female narcissists are quite conscious of appearance, female narcissists take it to the next level. They tend to be overly pre-occupied with their looks and rely less on charm than their male counterparts. They place great value on aesthetics and will go to great lengths to look a certain way.  Hours may be spent on hair and makeup. They are quite status-conscious and may only wear the best designers or labels. Multiple plastic surgeries are not uncommon in their quest for perfection.

Female narcissists have a strong-than-usual draw to money for a few reasons. Money can represent power and make them stand out in a group, which is what a female narcissist is looking for. Money also gives a female narcissist access to material goods, like designer clothes and expensive shoes, that can bring her the validation that she constantly craves.

Next time you come across a woman who displays some of the traits mentioned in this article, ask yourself if they might have NPD. When you know what you’re dealing with, you are in a position to recognize problems and make healthy decisions that are in your best interest. When it comes to dealing with a narcissist, whether male or female, the most important tool you have is knowledge. 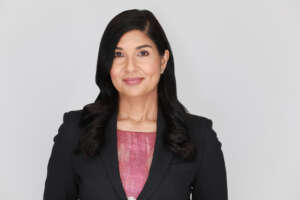 Babita Spinelli, LP, JD is a renowned Psychotherapist and Certified Coach. Babita is the recipient of the 2019 New York Psychotherapist Award and is frequently featured in the media as a guest expert. At this time, Babita’s therapy services and coaching programs are provided virtually throughout the country and internationally. Learn more about Babita on her websites Opening the Doors Psychotherapy and babitaspinelligroup.com.

Why It’s So Important That Breakups Include a Digital Break by Wendy L. Patrick J.D. Ph.D

How to Deal with Intrusive Questions at Family Gatherings By Dr. Alison Poulsen

Are You Feeling Sparks With Someone New or Anxiety? by Dr. Roxy Zarrabi, Psy.D