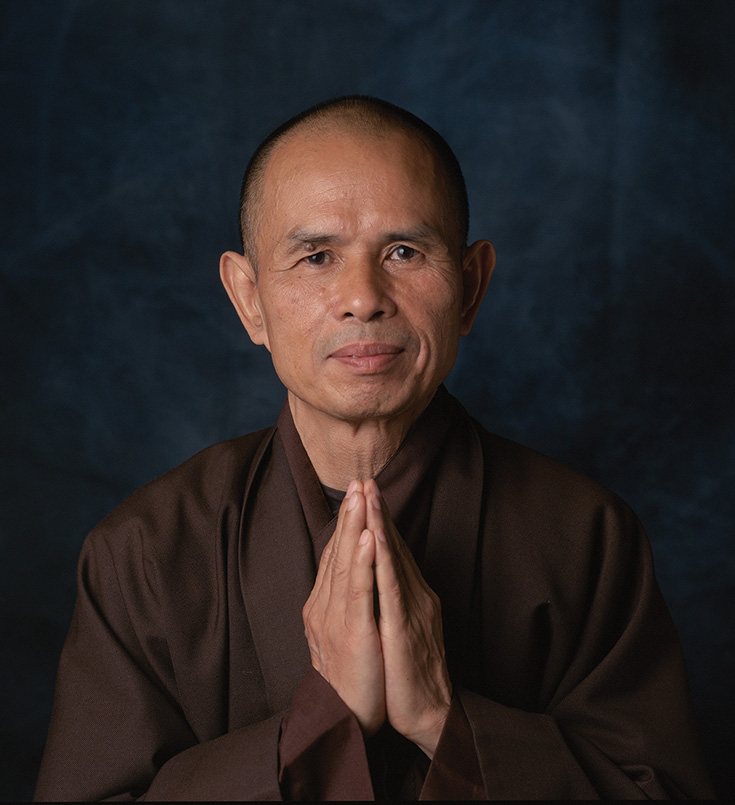 Thich Nhat Hanh, who is/ was considered a peace activist and a renowned Buddhist monk, died on 22.1.2022 at the age of 95. He started his spiritual journey in a Vietnamese temple. His connection with the west is well known for his anti-Vietnam war efforts.

It was in the 1960s when the war between the USA and Vietnam was in full swing; he met Martin Luther King, who was a great civil rights activist, and convinced him to speak against the war.

As a result, Martin praised his efforts and suggested nominating him for the Nobel Peace Prize. According to him, he did not know anyone worthy of peace price. It is also important to mention that a year before meeting King, Thich Nhat Hanh was banned by the South Vietnamese government from returning back home. He was banned because he used to talk about peace and war.

According to Haemin Sunim, who also acted as his translator in South Korea, Thich Nhat Hanh was like a pine tree where people come and take benefit under the branches. He also said that Thich Nhat Hanh is one of the most humble and amazing people he has ever come across he was rightly praised by the great Martin Luther King. 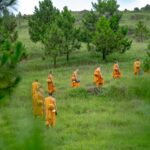 Thich Nhat Hanh is known for the fact that he started Buddhism in the West, and he continuously used to talk that one should not avoid saying anything without proper judgment and also about the practices related to mindfulness. His monastery named Plum Village is located in France from where he used to talk to the international community and specifically the corporate world.

He was born in 1926 and has also delivered lectures in the Columbia and Princeton universities situated in the United States in the early years of 1960. Then in 1963, he returned to his country, where he joined other monks who were protesting against the war. He is also famous for what he wrote in 1975 for the communist and anti-communists war. According to him, communists and anti-communists fight and kill each other because they consider themselves the forbearer of truth.

With his humble attitude, and the spoken manner he used powerful words to put forward his stance. Before 2014, he was living a life of exile and suffered a stroke, and he was not able to speak. Consequently, he came back to his country and started living in the ancient capital city where he was born.

In one of his lectures delivered in 2013, he put an emphasis on suffering. According to him, if one knows how to suffer, they suffer far less and also become able to convert suffering into joy and happiness. He used to say that the art of suffering and happiness are together.

Some of his quotes: 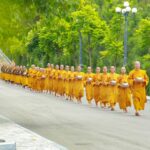 “People have a hard time letting go of their suffering. Out of a fear of the unknown, they prefer suffering that is familiar.

Feelings, whether of compassion or irritation, should be welcomed, recognized, and treated on an absolutely equal basis; because both are ourselves. The tangerine I am eating is me. The mustard greens I am planting are me. I plant with all my heart and mind. I clean this teapot with the kind of attention I would have were I giving the baby Buddha or Jesus a bath. Nothing should be treated more carefully than anything else. In mindfulness, compassion, irritation, mustard green plant, and teapot are all sacred.”