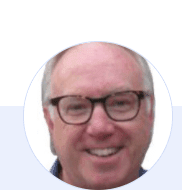 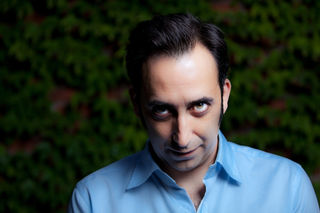 Why Some People Creep Us Out So Much

Every office has one: The guy you dread being left alone in the break room. The guy with whom an awkward one-minute conversation seems to last an hour. The guy who hovers at the edge of the group during happy hour with a mysterious smile frozen on his face. The guy who doggedly (and unsuccessfully) asks female coworkers out to lunch. Though you know little about his private life, you suspect that he may engage in peculiar hobbies like taxidermy or collecting…something.

I’m talking about the office “creep” (who seems almost always to be a man). Just what is it about such characters that makes them seem so creepy?

I recently did a study in which I tried to unearth the building blocks of this thing we call creepiness. In an online survey, 1,341 people weighed in on a range of behaviors and characteristics that I thought might be relevant. The paper based upon this study, which I co-authored with one of my students, Sara Koehnke, recently appeared in New Ideas in Psychology.

Everything we found was consistent with the idea that getting “creeped out” is an unpleasant emotional experience that occurs in situations where there is ambiguity about threat. This is not the same thing as fear or disgust—those emotions result from confronting threats that are very clear to us. Rather, when it comes to creepiness, we find ourselves facing confusing signals from an individual that leave us at a loss to know for sure what’s going on. The person behaves in ways that make him unpredictable: Maybe he laughs too hard or at inappropriate times. Perhaps he stands too close to you, licks his lips a bit too frequently while speaking, or his eye contact is inappropriately intimate or oddly distant. Does he keep steering the conversation in the direction of sex or other topics that seem ill-suited to the setting?

It would seem rude or embarrassing to run away from someone who has done nothing overtly threatening. But, on the other hand, it could be perilous to ignore your intuition and get more deeply involved in an interaction that could lead to trouble. After all, you may sense, if this person is clueless about mundane rules of human interaction, what other rules might he be willing to violate? Ambivalence leaves you frozen in place, mired in unease. Our “creep detectors” activate in situations like this, keeping us in a state of hyper-vigilance to help us figure out if there is, in fact, anything to fear. Further, being creeped out can be mentally exhausting because it commandeers a lot of our available cognitive processing capacity.

Our instincts evolved to protect us from harm at the hands of predators and enemies. If you are walking down a city street late at night and hear the sound of something moving in the dark alley to your right, you will respond with a heightened level of arousal and sharply focused attention. If it turns out that it is just a stray cat or a gust of wind, you have lost little by overreacting. On the other hand, had you failed to activate this response, and there really was something bad lurking in the alley, the cost of your miscalculation might be quite high. Thus, we have evolved to err on the side of caution in ambiguous situations. Ambiguously threatening places—and people—are equally likely to unnerve us. Better to be safe than sorry.

Human-resources professionals are an organization’s zookeepers. They are responsible for the care and feeding of the inhabitants of each ecological niche in the landscape. As such, they must understand the entire cast of characters—the busybody, the bully, the grouch, the office mom, and, yes, the office creep. The latter may need an extra dose of nurturing. He is probably a well-intentioned individual unable to grasp why he always seems to be operating on the fringes of the group. Such individuals may need more guidance when it comes to understanding the unwritten rules of the workplace—dress codes, appropriate topics for conversation, policies about bringing reptiles into the office. (This, of course, can become especially awkward if the HR person is the office creep.) 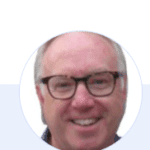 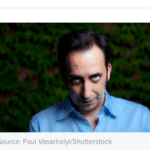 This essay also appeared in HRZone (a British online magazine for human resources professionals) on June 6, 2016.