Are you tired of feeling belittled, disregarded, or unimportant? If you are, then you are not alone. Many people think this way regularly, especially at work. Whether it’s your boss, a coworker, or even a client, being on the receiving end of patronizing behavior can be frustrating and demoralizing.

Patronizing behavior is a form of communication intended to make the recipient feel inferior. It often takes the form of belittling comments or disdainful advice. If you’re tired of being on the receiving end of this type of treatment, then this guide is for you.

In this guide, you will learn how to recognize patronizing behavior and respond to it in an assertive yet respectful way. You will also learn some tips for preventing this type of behavior in the future. By the time you finish this guide, you will have the tools you need to take control of your interactions and stand up for yourself when necessary.

What is the meaning of patronizing?

Patronizing is an attitude or behavior characterized by a condescending manner. It is typically exhibited in the form of remarks or comments that convey a lack of respect for the person being addressed. Patronizing behavior can be directed toward individuals or groups and is often intended to undermine the confidence or authority of the recipient.

Here are  some of the examples related to Patronizing People

If you frequently interrupt people, it can come across as patronizing behavior. This is especially true if you tend to do it when the other person is speaking. It can make them feel like you think you know better than them or that their opinion isn’t as important as yours. If you interrupt others often, try to take a step back and let them finish their thoughts.

·      Frequently Telling Someone that they Never do Something

When you tell someone that they always or never do something, you are essentially telling them that you know them better than they know themselves. This can be very patronizing and make the person feel belittled or misunderstood. It is essential to be mindful of how you speak to others and to avoid speaking in absolutes whenever possible.

It’s not helpful to tell someone to calm down when upset. It’s a form of patronizing behavior that implies the person is overreacting and that their feelings are invalid. It can make the person feel dismissed and misunderstood, making them more upset. If you want to help Someone upset, try to listen to them and understand their perspective.

If you find yourself using the “feedback sandwich” format too much, it may be because you are trying to be too polite or trying to avoid conflict. This approach can be seen as patronizing and may not be the most effective way to give feedback.

When you use a nickname for someone, it can show your affection for them. However, it can also be a way of patronizing Someone. This is especially true if the nickname you use for someone is used to make fun of them or make them feel inferior.

If you want to show affection for someone without patronizing them, it is crucial to choose your words carefully. Avoid using nicknames that could be considered insulting. Instead, opt for handles that are endearing or that show your appreciation for the person. 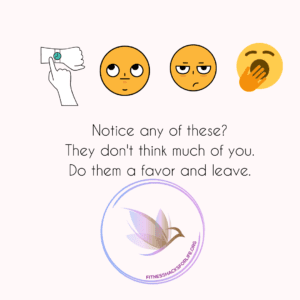 Looking down upon people is an instant way for you to feel disliked or make others feel inferior. Research shows that roughly 75 to 90 percent of what we say is nonverbal. Therefore, it is critical to monitor your body language for the nonverbal signals you send (2013, Su).

Be sure you maintain your head and chin level and don’t show impatient body language, such as loud sighs, eye-rolling, looking at your watch, and so on.

How can we identify and Change Patronizing Behavior

To avoid being patronizing, it is essential to be aware of your body language. Some common patronizing behaviors include talking down to someone, speaking in a condescending tone, or making assumptions about Someone’s abilities.

If you find yourself doing any of these things, trying to change your behavior is essential. One way to do this is to listen to how you speak to others and make an effort to use a more respectful tone.

Additionally, try to avoid making assumptions about Someone’s abilities or intelligence. Instead, give them the benefit of the doubt and a chance to prove themselves. If you are unsure how someone will react to something, it is always better to ask them directly instead of making assumptions.

Lastly, try to be aware of your facial expressions and body language. It can come across as condescending if you are looking down at Someone or rolling your eyes. Instead, try to make eye contact and keep an open and friendly expression. By being mindful of your words and actions, you can avoid being patronizing and show respect for others.

How to Make Some Money Selling Your Unwanted Items