Fitness Hacks For Life > Mental Hacks > You Aren’t Who You Think You Are By Arthur Dobrin D.S.W.

Today, you may be white. Yesterday, you weren’t.

You Aren’t Who You Think You Are

Social media outrage sent Whoopi Goldberg into temporary TV exile for her statement that the Holocaust wasn’t about racism. In her understanding, racism is associated with the color of one’s skin and since Jews and Germans are of the same skin tone, the Holocaust wasn’t about racism. Nazis perpetrated crimes against humanity; guilty of genocide, but not racism, she said.

However, Germans saw it differently. Nazi ideology, building upon ancient and endemic anti-Semitism, touted the superiority of what they called the Aryan race. Jews were a separate race according to Nazis. Jews weren’t alone in being defined as a distinct race worthy of extermination. Romas faced a similar fate under Nazi rule.

The Holocaust was indisputably racist when it came to Black people, however, as was spelled out in Mein Kampf, where Hitler wrote that Jews brought Black people to the Rhineland with the aim of ruining the white race. Nazis subjected Black people to medical experiments and many Black people ‘disappeared’ under Hitler’s regime. Black POWs were often shot on the spot, not imprisoned along with other Allied soldiers.

Racial categories can—and have been—defined in different ways over time. In 1920, for example, the U.S. Census listed both Japanese and Chinese as separate races. In 2020, the U.S. Census listed an all-encompassing Asian racial category that included not only Japanese and Chinese people but Indian, Cambodian, and Malaysian, amongst others. The 2020 census defines being white as, “A person having origins in any of the original peoples of Europe, the Middle East, or North Africa. It includes people who indicate their race as ‘White’ or report entries such as Irish, German, Italian, Lebanese, Arab, Moroccan, or Caucasian.” What it means by ‘original people’ is left unstated.

The changing nature of racial categorization makes clear that there is little about race that is objective. In recent years, science has concluded that race as a biological concept is unfounded.1 It is a social category, not a biological one. A race is what people decide it is at any given time; it resides in politics and culture, not in genes. This is what is meant by claiming that race is a ‘social construct,’ not a biological one.

Historian Matthew Frye Jacobson of Yale University notes that in the early years of the American republic, Celts, Jews, Slavs, and people from the Mediterranean were considered separate races, but by the late 19th century all were considered ‘white.’2 In 1965 racial categories were eliminated from immigration legislation, despite the protestations of Senator Sam Ervin, who objected to Ethiopians having the same right to immigrate to the United States as people from England, Germany, France or Holland.3

Where does this leave the controversy over Whoopi Goldberg’s remark that the Holocaust wasn’t about race? From one point of view, she is right: today, Jews aren’t defined as a race and so, by definition, the Holocaust, in all its horrors, wasn’t racial. But in another way, she was wrong: race is defined socially, not biologically. Since the Nazis defined Jews as a race, their program of extermination was racially motivated.

Since definitions are important, it is essential to understand how another person uses a word. Then there needs to be a discussion about the substance of the subject at hand. Here is where facts matter. If there can be agreement on the facts, a productive discussion can follow.

It is easy to ascribe bad motives when a disagreement may turn on misunderstandings. There’s enough bad will going around not to add more of it when these disagreements involve people of good will. 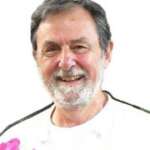 Arthur Dobrin, DSW, is Professor Emeritus of University Studies, Hofstra University and Leader Emeritus, Ethical Humanist Society of Long Island. He is the author of more than 25 books, including The Lost Art of Happiness and Teaching Right from Wrong.

Psychopaths versus sociopaths: what is the difference? By Dr. Xanthé Mallett