Jealousy is a normal and human emotion. However, the manner in which a person acts on the emotion may speak to his or her narcissistic tendencies. A person who recognizes the emotion and attempts to understand it may be able to act upon the feeling constructively. Alternatively, an individual who acts out defensively by behaving in three specific ways may be narcissistic.

First, a partner who projects his or her jealousy onto a person may be displaying signs of narcissism. The partner may not be able to cope with the negative emotion, so he or she defends against it by “seeing” it in a mate. The partner then feels entitled to accuse and criticize the person. This may cause confusion because the person has witnessed the partner exhibiting jealousy yet is now the one who is accused.

For example, Sally is at the pool and decides to grab something cold to drink for Rick and herself at the concession stand. While in line, she accidentally steps on a man’s foot. She apologizes, and the man is friendly and accepts her apology. Rick is watching from across the pool deck and immediately assumes Sally is flirting.

A few minutes later, as Sally sets down the drinks, Rick says, “Why do you watch me so closely? You are constantly monitoring me to make sure I am not checking out other women. I wish you were not so insecure.”

Sally is perplexed. She asks Rick to elaborate. Rick describes several examples when he believes Sally was angry at him for chatting with other women.

Sally says, “Rick, I trust you. I was not jealous. I apologize if you think that.” Rick does not accept her sentiment and continues to identify examples that Sally does not recall. Sally wonders if she is jealous and is acting on it subconsciously. Feeling bad, she apologizes.

Rick tells her to stop it, or he will break up with her.

In this example, Rick is actually the jealous party, but he projects the feeling state onto Sally and rewrites history to try and prove his point. Although his cognitive distortions are at play, his adamance results in Sally doubting herself and her recollections. She feels anxious and ashamed.

Second, a partner who handles the negative emotion by “getting back” at a person may also be robustly defensive. This occurs when a partner experiences jealousy and attempts to make his or her loved one “pay.” The need to punish a loved one in a passive-aggressive manner may signify narcissism.

For example, Kayla observes her partner, Ron, talking to an attractive colleague whom he bumped into during intermission at a play. She instantly feels a pang of jealousy.

The next day, she posts multiple pictures of herself and a handsome work friend on social media.

At the end of the day, she returns home and, while eating dinner with Ron, giggles at texts from the co-worker.

Ron asks her why she is texting at dinner, and Kayla lashes out, “Really!? You have no right to criticize! I saw you canoodling with your work wife at the play!” Ron is aghast. He remembers briefly chatting with his co-worker after unexpectantly running into her but is baffled by Kayla’s innuendo.

Kayla’s attempts to gaslight Ron by purposefully and publicly flaunting interactions with another handsome man may signal she is acting on her jealousy destructively. The inability to recognize, identify, and articulate a feeling state long enough to gain insight and act on it constructively may be a red flag.

Third, a partner who uses their jealousy as justification to control and dominate a partner may be unable to deal with insecurity in a healthy manner. However, it is important to note that in the case of a partner’s infidelity, it is common for a person to be hypervigilant and in need of reassurance. In this case, the monitoring may be a product of self-preservation following an emotional trauma rather than a need to control and dominate a partner. In addition, it may be understandable for a person to panic and search for clues when a partner abruptly emotionally withdraws from the relationship and refuses to provide an explanation.

Yet, a partner who needs evidence that a person is not doing anything nefarious in the relationship in the absence of infidelity or an extreme behavior change may be profoundly insecure. This may be deceptive because this type of partner often presents as larger than life, but his or her insistence that a person “prove” loyalty may be an excuse for him or her toinappropriately take the power in the relationship and exert control over a person.

Often this type of partner may also blame unfaithful partners from the past for his or her current insecurities and jealousy. Yet, this may be a way to escape accountability. Utilizing past hardships to excuse wrongdoing in a present relationship is usually a form of narcissism.

A more functional approach may be to talk about the experiences and recover before investing in a new relationship. A partner who uses prior negative experiences as a reason to control a person may embody an unhealthy amount of narcissism.

For example, Dawn and Rachel have been seeing each other for several weeks. Before Dawn commits to Rachel exclusively, she discloses that she has been cheated on numerous times in the past and has difficulty trusting. She asks Rachel to be sensitive to this and allow her to look at her phone and computer when she needs to. Attempting to be supportive and empathic, Rachel agrees.

Throughout the following weeks, Dawn continually questions Rachel about her contacts and whereabouts. She also asks Rachel to avoid going places with others because she is worried Rachel will be tempted.

After a few months, Rachel realizes she has lost touch with almost all of her friends due to the parameters imposed by Dawn.

In this situation, Dawn’s victim stance exploits Rachel’s empathy. Dawn believes her past heartaches entitle her to be self-concerned and controlling in her current relationship. Dawn’s theory that her life has been tougher than everybody else’s allows her to feel justified in mistreating a current partner. This victim mentality may represent a prominent streak of narcissism.

Jealousy is a universal and human experience, but the manner in which a person deals with the uncomfortable feeling may illuminate his or her emotional health. A person who can recognize, identify, and articulate the uncomfortable experience may discover a way to act on it productively. Finding inspiration, accessing reassurance in a healthy way, and gaining insight and self-awareness regarding insecurities, may be pathways for personal growth.

Conversely, defending against the unpleasant emotion by projecting, acting out vindictively, or controlling a partner may be narcissistic. 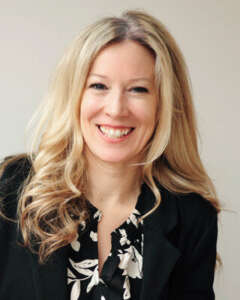 Keep your Pet Occupied at Home

For Your Health – Healing From Narcissistic Abuse.

How Narcissism is Impacting The Pandemic and Our Relationships