Fitness Hacks For Life > Life Hacks > Should You Help Someone Who Betrayed You? By Dr Glen Geher

Betrayal has implications for relationships, including acts of helping. 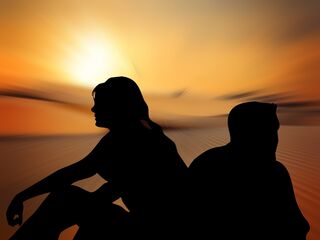 You’re looking to make plans for the weekend, and, as such, you text one of your best friends asking if they’d like to hang out this weekend. A preliminary reply simply says that she can’t hang out because she has plans all weekend. Fair enough.

But the second reply back is definitely not exactly what you expected. This reply, which was sent to a huge group chat that includes pretty much your entire friend group, slams you hard—your “friend” wrote this: I just got a text from Tina* looking to hang out. I can’t stand hanging out with Tina! Are you free later?

The author of this misdirected text message is someone whom you’d thought was one of your very best friends for years up to this point.

A few seconds later, you can see an attempt by your “friend” to delete this message, which, it turns out, was not meant for your eyes. But it’s too late. The damage has been done.

So now picture this: Later that day, this same “friend” texts you, asking for your NetFlix password.

Now just think about this for a minute. How do you think you’d respond?

From an evolutionary psychological perspective, the human mind needs to be considered evolved for small-scale living. This is because the lion’s share of human evolutionary history took place when humans were all nomadic and living in small-scale social groups—groups in which everyone knew one another really well.

Further, in such groups, people were typically surrounded by many kin members (i.e., blood relatives). Under such conditions, as Nicole Wedberg and I argue in our book Positive Evolutionary Psychology,1 humans evolved a suite of adaptations to stay closely connected to others.

Beyond just our ability to stay closely connected with kin (which makes sense from an evolutionary perspective as kin members disproportionately share our particular genetics), humans evolved to have meaningful, collaborative relationships with various non-kin members. This unique feature of our species seems rooted in reciprocal altruism, the tendency to help others with implicit expectations of help in return,2 is built into the evolved fabric of our social worlds. Humans evolved to form important connections with non-kin within long-standing relationships.

But if you’re old enough to read this, you know that relationships don’t always last forever. In both familial and non-familial contexts, people have the capacity to hurt one another. And one of the saddest facts about the human experience is this: People hurt one another with regularity.

Do People Help Others Who Have Betrayed Them?

In a study conducted by myself, Michael Frederick of the psychology department at the University of Baltimore, and a suite of advanced research students at the State University of New York at New Paltz,3 we explored exactly this question. Specifically, we presented over 400 young adults (primarily from New Paltz and Baltimore) with betrayal-related scenarios (such as the text-based one presented at the start of this article).

The specific variables that we manipulated included the following:

The major/minor variable was manipulated by whether the betrayer wrote that they “can’t stand” hanging out with you versus whether they simply asked someone else to hang out (after lying to you and telling you that they already had plans).

The private/public issue was manipulated by whether the betraying text was ostensibly sent to just one other person or to “the whole group chat.”

Finally, the friend/family variable was manipulated by presenting the betrayer as either a friend or a family member.

All participants were randomly assigned to one level of each of the preceding variables (in other words, different participants got different versions of the betrayal).

After being asked to think about the betrayal, participants were given the following helping measure our team created for this research.

Based on responses to these items (which were presented on a 1-7 scale), we created an overall index of intentions to help.

The Problem With Helping a Betrayer

In life, building strong social connections and friendships is critical to success at all levels. Our minds respond strongly and emotionally to ostracism, insult, and betrayal. From an evolutionary perspective, this fact makes sense as those of our ancestors who were regularly betrayed, insulted, and ostracized were at a reduced capacity for survival and reproduction. As such, our minds evolved strong self-preservation tendencies when responding to betrayal in small-scale, tight-knit relationships.

From a mathematical evolutionary perspective, immediately forgiving and helping someone who has betrayed you can be problematic. In another article on this topic,4 our research team referred to this kind of unconditional acceptance of betrayal as divine forgiveness—suggesting that, in some ways, the ability to genuinely turn a blind eye in the face of betrayal is nearly impossible for mere mortals like us. From an evolutionary perspective, we can understand why.

Our ancestors who accepted betrayal and insult from others were likely to be taken advantage of, ultimately reducing their ability to survive and reproduce effectively. For this reason, we evolved a strong and emotionally laden approach to responding to being betrayed or insulted in relationships. Unconditionally forgiving someone who has betrayed us could have adverse consequences for the future.

The Long Arm of Public Humiliation

One interesting point from our results pertains to whether a betrayal is out there in the open. When people experienced the “public betrayal” condition, they were particularly unlikely to report being willing to help the betrayer. This finding likely pertains to the fact that a public betrayal can be humiliating. Further, if you help someone who has betrayed you in a public sense, you may look like a fool, thereby opening up your future to further social transgressions and insults from others.

For this reason, public betrayal, which maps onto the deeply adverse experience of humiliation, has strong effects on the future of relationships between betrayer and victim. If you want to retain someone’s loyalty and support, betraying them publicly is pretty much the worst thing you can do.

The Light Triad is also comprised of three traits, including Kantianism (the tendency to see others as ends unto themselves), humanism (the belief that all humans ultimately share equal value as each other), and Faith in Humanity (the belief that people are generally good).

Some of our analyses examined the degree to which these variables predicted scores on the helping variable (regardless of which experimental condition participants were in). We found some pretty reliable effects, including the fact that participants who are Machiavellian in nature are unlikely to help another. At the same time, those who score as having faith in humanity and those having overall high scores on “the Light Triad” are more likely to help another, regardless of the betrayal-related experimental conditions to which they were randomly assigned. In short, some people are just willing to help others, and some are not.

The human social experience is often treacherous. People hurt each other regularly with insults, transgressions, lies, deceptions, and betrayals. This is a sad yet true fact of life.

From an evolutionary perspective, it makes sense that our minds would evolve to be highly sensitive to indicators of being betrayed. Betrayal has the capacity to lower one’s status in a group dramatically, and it can have all kinds of implications for one’s future.

The research presented here shows that being betrayed by someone—especially in a major and public manner—has far-reaching implications regarding the relationship’s future. Even minor betrayals might have devastating long-term effects when it comes to relationships.

Understanding the evolutionary psychology of betrayal can help us make decisions in our world that help to cultivate connections and trusting, loving relationships. And at the end of the day, this is essentially what the human experience is all about.

*This fake name is being used as an example. There is an assumption that you, the reader, are Tina.

What Psychiatrists have to Say About Holiday Blues Dr. Saab and Dr.Javanbakht

How to Get Straight As in Life by Dr.Karl Albrecht Ph.D

How Does a Female Psychopath Behave? by Dr. Winifred Rule