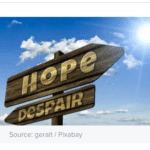 So let me tell you about our family friend “Thomas.” (Name has been changed.) Currently 17 years old and thriving, like so many modern adolescents, Thomas has had kind of a rough go. Going back to middle school, he was dealing with various emotional and social issues (just like a huge proportion of middle schoolers, of course). He got to a point where he found going to school anxiety-producing and ultimately it was a struggle for his folks to even get him to attend.

I’ve known Thomas literally since he was born and he was always one of the absolute brightest kids that I knew. Almost scary smart, to be honest. Seeing a kid with this amazing mind struggle in school was nothing short of heartbreaking—and that was simply from my perspective as a family friend.

Long story short, as he entered high school, his parents sought out an alternative private school for him. The details are a little complicated, but suffice it to say, they made it work and he ended up at a special school largely for kids who were resistant to traditional public school methods.

It is a boarding school and while it is not a military school, there are some strict rules, such as no cell phone usage. Talk about a major situational change, right?

After Thomas first got dropped off, his family and family friends such as myself kept a close eye on the situation, thinking that this change had the potential to go in a variety of directions.

It has been over a year now, and guess who is currently the star of the high school musical at that school? And who now reports having a strong circle of friends as well as a girlfriend? And good grades? And lots of extra-curricular successes? And guess who is now bent on going into education professionally and ultimately becoming a teacher to help kids like himself learn to harness their potential and thrive in their own educational and life journeys? You got it: My man Thomas!

The Power of the Situation

On the shoulders of such giants as Solomon Asch (1956), Stanley Milgram (1963), and Phil Zimbardo (2007), the field of social psychology has consistently underscored the enormous power of situational factors in shaping behavior and psychological processes.

Consider Milgram’s renowned research on obedience to authority. In this classic research, many “normal” residents of Connecticut who found themselves ostensibly in a study on the effects of punishment on learning were found to be quite capable of obeying an authority figure (the study’s experimenter) to the point that they easily would have killed an innocent other participant (who was actually played by an actor). The situation was simply so powerful that disobeying the experimenter did not seem like an option to a large proportion of the participants. So instead of disobeying the experimenter and just saying that they refused to continue, these participants engaged in acts (that included administering electric shocks) that would have (if the shocks were real) killed the other participant.

In a summary of research on the power of situational forces on behavior, renowned behavioral scientist Phil Zimbardo (2007) summarizes a broad literature on this topic showing that across nearly all behavioral domains studied, situational factors, even if they seem small and innocuous, often have tremendous effects on our inner psychology and our behavior. Further, ironically, people often tend to discount situational factors as relevant to why they do what they do.

In an eye-opening treatise on the entire field of social psychology, Ross and Nisbett (1991) document carefully how people tend to discount situational causes when examining behavioral outcomes. And depending on the circumstances, this applies to how we come to understand the behaviors of both others (see Ross, 1977) and ourselves (Nisbett & Wilson, 1977).

In one classic example (Ross, 1977), college-student participants who engaged in a mock quiz show tended to think that the student who had been randomly assigned to be the host of the game was actually more intelligent than average. They neglected to realize that the host seemed smart largely because he had all the answers in front of him (this is kind of the Alex Trebek effect (although I am convinced that he really was very smart!)).

In another study, Nisbett and Wilson (1977) had students who were set to watch and evaluate a movie randomly assigned to one of two groups. In one group, the students watched the movie in a benign classroom setting. In a second group, the classroom door was left ajar and loud construction noises were constant during the movie. Later, students were asked to evaluate the movie and, importantly, to explain why they liked or disliked the movie.

In this study, participants in the loud-noise condition reported liking the movie less, on average, compared with participants in the other condition. Interestingly, when asked to provide a rationale for their evaluations, no student pointed out the loud construction noise as relevant (even though, given the methodology and results of the study, this situational factor was obviously and necessarily relevant).

The lessons here are twofold:

The mental health industry is growing these days, as increases in reported mental health problems, especially among adolescents and young adults, seem to be on the rise—particularly in post-agrarian societies such as the U.S. (see Twenge et al., 2019). Various forms of talk therapies (e.g., cognitive behavioral therapy) and pharmaceutical therapies are offered by mental health practitioners in large volumes. Generally, these kinds of traditional therapies are helping millions of individuals across the world battle all kinds of issues such as anxiety, depression, and mood instability. This work is important and advances in these fields are essential.

This said, maybe moving forward, mental health practitioners could pay a bit more attention to the impact of situational factors in creating behavioral and psychological change. Decades of work in social psychology shows us that situational factors have the ability to affect behaviors in such domains as relationships, helping others, aggression, education, politics, and more.

Let’s go back to my good friend Thomas, whose story started this essay. Before Thomas started attending his new school (which represents massive situational change), traditional approaches to helping him out were having limited effects at best. But large-scale situational change literally changed him from a kid who questioned himself and who was anxious about even attending school into, quite literally, the star of the high school play—with all kinds of great things going on academically and socially. Think about that!

As we look at the current mental health crisis that is affecting teens and young adults across the developed world, let’s not ignore the lessons of good old social psychology.

Want to change behavior? A simple lesson of social psychology is this: First, try changing the situation.

Asch, S. E. (1956). Studies of independence and conformity: I. A minority of one against a unanimous majority. Psychological monographs: General and applied, 70(9), 1-70.