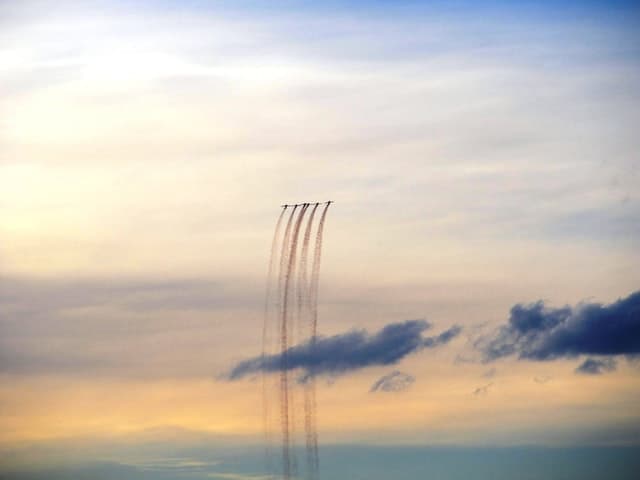 Perhaps you remember the song by the Police.

“A connecting principle
Linked to the invisible
Almost imperceptible
Something inexpressible
Science insusceptible
Logic so inflexible
Causally connectible
Nothing is invincible
If we share this nightmare
We can dream
Spiritus mundi”
Lyrics from; musicmatch.

Have you ever noticed the same number pattern appear frequently throughout your day-to-day life? Or maybe you notice a Cardinal bird that seems to follow you around, and always appear outside your window. This may be a coincidence, but many people believe this is synchronicity in action. Synchronicity is when there is a meaningful coincidence in your life or that of someone you know. Analytical psychologist Carl Jung, who first introduced this concept, believed that just as things can be related casually, they could also be related meaningfully. It has been observed since before written history and is incorporated into many belief systems, but is there anything, well, scientific about it?

It wasn’t until the twentieth century that science began having a look at this phenomenon. Carl Jung first introduced this concept in the 1920s, and went out on to attach many different definitions to the term, such as, “a causal connecting (togetherness) principle;” “meaningful coincidence;” “a causal parallelism;” and as a “meaningful coincidence of two or more events where something other than the probability of chance is involved.” Carl Jung’s definition of Synchronicity caused other scientists to begin looking into this phenomenon. Though there’s a lot of data available, it has taken a long time for it to be put down into scientific notations, and even longer for scientists to decide if this is just a happy coincidence or a unique science at work.

There is more to synchronicity than just meaningful coincidences. There has to be a source behind it, and Jung called it the Collective Unconscious, which is defined as, “the part of the unconscious mind which is derived from ancestral memory and experience and is common to all humankind, as distinct from the individual’s unconscious.” It is now thought of as sociocultural collective consciousness. In other words, we are designed to have the ability to see and interpret these meaningful coincidences that appear in our day-to-day life.

Synchronicity has also been observed in ancient cultures, with many culture’s belief systems surrounding the idea of synchronicity. Signs and portents have been a part of all civilizations since the beginning of time. We’ve observed prehistoric and ancient ideas of a synchronicity through written stories and tales. For some cultures, it might mean a sign from a totem or a local deity. In others it was a sign from the heavens, no matter what deity was being worshiped.

Modern civilization has largely stepped out of the world of ancient deities and totem poles, in that science tends to be the key rule of it. If it can be scientifically validated, then it is something to consider. Many of us still believe in signs and portents, but it is cultural rather than scientific. Having science confirm something we already believe is reassuring, but usually doesn’t change the basis of our beliefs.

Psychoanalysts are beginning to use this information in the treatment of eating disorders. There is an idea that some part of this phenomenon plays a role in binge-eating; the coincidence pointing to a need to binge. Though some doctors and scientists can draw conclusions based on the relationship between binge-eating disorder and synchronicity, many professionals in the scientific field don’t support the idea of synchronicity fitting with binge-eating. The claim that synchronicity and binge-eating are related stems from a well-known story. A woman told her coworkers that she was on a strict new diet. The next day she came in with a large box of donuts. The sign she wanted was an open parking space in front of the donut shop. Sure enough, on the thirteenth circling of the lot, she got one. This seems to point to the idea that we may be able to manipulate some of the synchronicities, but what is really only points out is that we can manipulate ourselves. True synchronicity don’t yield to situations like the above.

Does synchronicity exist? That is something we each have to decide. Science says it does, religion says it does which leaves little doubt in my mind.